If you're a lawyer who's not writing and editing like a pro, get to work

Not long ago, I wrote an appellate brief in a case involving statutory construction. After I finished two complete drafts, the brief went through my usual protocol for editing, involving four lawyer-colleagues and one paralegal. Each did two rounds of tightening, sharpening and brightening—and, of course, fact-checking. In my office, colleagues are evaluated on the worth of their edits: Everyone is expected to make the types of edits that professionals at the copy desks of major magazines would make. The idea is that the final product should sing. It should be a marriage of first-rate ideas with first-rate expression. It should be the kind of prose people would pay to read. Really.

Mind you, I’m not claiming to reach that goal every time. But that’s definitely the goal. As you’ll probably infer, I’m quite open to receiving edits: In fact, I insist on a minimum of two edits per page from each of my colleagues. I often get 10 or more. Of my colleagues’ copious edits, I ordinarily accept about 90%. Good edits make you sound smarter and more skillful than you actually are.

But back to my appellate brief. I must be careful here to anonymize the case and the parties: I work on a dozen or so briefs each year, and the event I’m describing here occurred sometime in the last decade (“not long ago,” in my book). I’m fictionalizing the subjects involved in the legal dispute. If you’ve been my co-counsel in recent years, please assume that I’m not describing you here.

Anyway, I sent the thoroughly polished brief off to co-counsel, who in due course returned it with praise (much appreciated) and moderate redlining. Most of the edits involved either adding pet phrases to all kinds of sentences or replacing all pronouns with proper nouns. The pet phrases were inserted again and again with the notation that the purpose was either “to track the language of the statute” or “to align our brief more closely with the phrases used by allied parties in the same appeal.”

But the inserted language was ungainly and sometimes ungrammatical. It flattened the prose, bogged down paragraphs and generally served to do little but anesthetize readers.

That meant, of course, that the brief wouldn’t do its job well. As Justice Wiley B. Rutledge observed in 1942 (while still on the D.C. Circuit), although a dull brief may be good law, only “an interesting one will make the judge aware of this.”

When moving for summary judgment, Summerland apparently abandoned a series of defenses it had energetically pursued up to that point. These defenses had figured prominently in Summerland’s earlier motion to dismiss. When denying that motion last January, Judge Positano reserved ruling on Summerland’s duty to indemnify until the parties conducted further discovery.

With one punch of a button, I could accept all my co-counsel’s suggested edits. We’d have ended up with this:

I trust that you can see the differences. It was as if my co-counsel had taken an anti-copyediting course—doing quite the opposite of what the personnel of a good copy desk would do. Luckily, my co-counsel had shown me the courtesy of saying all these edits were “only suggestions” that I should feel free to ignore.

See yourself as an editor

But things weren’t always so: When I was a junior lawyer, I was often saddled with maladroit edits that spoiled page after page. These days, I often encounter talented young legal writers experiencing just what I did: seniors who insist on encumbering passages with gobs of molasses-like verbiage. If you value good writing, such a predicament is seriously dispiriting.

A good editor tightens by eliminating verbosity and redundancy, sharpens by replacing abstractions with concrete terms and brightens by fighting dullness. A bad editor shovels in some needless words, clunky repetitions and pedantic references, which all contribute to boredom. A good editor values briskness; a bad one has become inured to slowing down the prose.

What’s astonishing, for a literary profession, is how few lawyers have sharp editing skills. Relatively few would stand a chance applying for a job in copyediting—especially if they had to submit an example of their work.

Can this situation change? I think so, but only if lawyers come to see themselves as the professional writers and editors they are. For most, that’s a big step forward.

Here’s one good way to do it. Think of your biggest hobby—something you’re fervently interested in, whether it’s gardening, cars, airplanes, a particular sport, needlework or book-collecting. Consider how much expertise you have in that field and think of other people, whom you undoubtedly admire, with even more expertise. The hallmark of expertise is having acquired lots of know-how. To take just one example, an expert gardener knows and notices all sorts of things that most people miss: the suitability of various plants for various climates, the susceptibility of certain plants to certain diseases, the best ways of planting various species, how to take cuttings and so many other things relating to plants.

As a lawyer, you should take writing and editing at least as seriously as you do your keenest hobby. After all, those are largely what you do.

I recommend a three-part regimen for those who are willing to gain real know-how. First, read (and reread) good nonfiction at least 15 minutes a day (try short pieces in the Atlantic or Harper’s), paying close attention to technique and how the writer holds the readers’ interest. Second, build a small collection of books on the art of writing—well-written ones, mind you—and browse one at least five minutes a day. Third, write a personal note each day with at least one little flourish—some word choice that adds piquancy. The notes must be authentically you, in your voice, but always you at your best and most refined. If you can write good letters, you can write almost anything. And yes, I mean letters: emails and text messages—both of which you should work on improving—don’t count for this purpose.

The disadvantage, though, is that you’ll find yourself wrangling more with other lawyers on matters of style. They’ll denigrate “style,” using it dismissively as the opposite of substance. You’ll be puzzled momentarily, perhaps remembering your former self doing the same thing. That’ll be a mark of real progress.

This article was originally published in the April/May 2020 issue under the headline, “Prizing Piquancy: If you’re a lawyer who’s not writing and editing like a pro, get to work.” 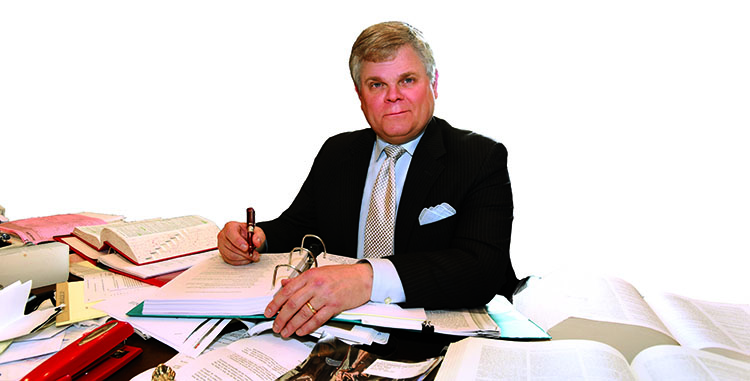 Bryan A. Garner is the president of LawProse Inc., a distinguished research professor of law at Southern Methodist University and the author of many books on jurisprudence, language, and writing—perhaps most notably in connection with this column are The Redbook: A Manual on Legal Style, The Elements of Legal Style, Legal Writing in Plain English and Garner's Dictionary of Legal Usage. Find him on Twitter: @BryanAGarner