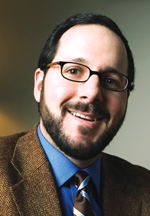 At midyear 2007, U.S. prisons and jails held 2,299,116 inmates, meaning more than 1 percent of American adults were incarcerated. We top the world in per capita imprisonment, increasing our lead every year. Since 2000, while the total U.S. population increased by 7 percent, our prison population has grown by 19 percent. Our massive imprisonment costs needless billions and, perversely, hinders effective crime control. We need to re­duce our prison population.

Few dispute the value of imprisonment in fighting crime. Especially with repeat violent offenders, prison may be the only way to prevent a dangerous criminal from hurting more innocent victims. But many instances of incarceration transparently fail to serve any serious preventive purpose, especially given the costs.

Consider nonviolent convicts sentenced for drug possession. Or septuagenarians who, sent away for decades under a “three strikes” law, now receive geriatric care from prison infirmaries. Unthinking overreliance on imprisonment simply drains public treasuries without providing any future benefit. California recently predicted that, by 2012, its prisons would cost more annually than its state university system. A starker illustration of our misplaced priorities is difficult to imagine. Al­ready, the state’s yearly prison budget exceeds $10 billion. Cali­fornia, not alone in its catastrophic embrace of imprisonment, exemplifies national trends of rising prison populations and uncontrollable prison costs.

SMART IS BETTER THAN TOUGH

These outrageous expenses might be tolerable as a necessary evil if we had no better options. Yet often, nonincarceration alternatives, such as drug treatment for addicts and community service for small-time thieves, cost less and reduce misery across the board.

A rational criminal justice system would—while shortening sentences of certain offenders—keep others out of prison altogether. With alternative treatments and punishments, a state shrinks its prison budget, allows convicts to keep their jobs and support their families, and makes recidivism less likely.

But alternative programs work only when properly funded. A state spending every dollar on prisons may think it cannot afford drug treatment programs and fully staffed probation offices, especially when the economy demands budget cuts. The opposite is true: States cannot afford to neglect these programs or they will pay down the road tenfold—in prison costs, welfare budg­ets and elsewhere. Beyond monetary costs, cit­izens will suffer needless increased crime when of­fenders who never belonged behind bars eventually return to the community more dangerous than before.

The justification was that parole boards, prison officials and judges col­laborated to announce harsh punishments—thereby satisfying victims and the general public—while imposing far less serious sentences. The result, however, has been sentences not only more “truthful” but also much longer. By abol­ishing parole and good-behavior credits, states have created nightmares for prison wardens, who no longer have carrots to offer prisoners in exchange for civilized conduct. In addition, prisoners who do behave well and cease to threaten the community cannot rejoin society, meaning taxpayers fund needless incarceration.

By adopting “smart on crime” programs instead of knee-jerk toughness, states can reduce crime while spending less. Reworked federal incentives would encourage smart state policymaking. While no one supports freeing rapists and murderers, warehousing every offender wastes money, destroys lives and contributes to our shameful status as the world’s leading incarcer­ator. We need Washington to reward good policy, not costly grandstanding that bankrupts our state gov­ernments and confines more than one of every 100 American adults.

This essay was selected by the ABA Journal Board of Editors as the winner of the 2009 Ross Essay Contest. This year’s topic was: “Write an open letter to the new president and Congress describing the most important priority for improving the U.S. justice system.” The contest, which carries a $5,000 prize, is supported by a trust established in the 1930s by the late Judge Erskine M. Ross of Los Angeles.

Ben Trachtenberg is a visiting assistant professor of law at Brooklyn Law School.