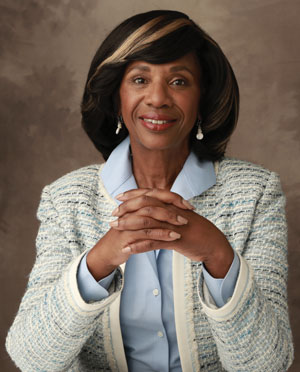 In today's society, the attitudes and stereotypes that we all hold in our hearts can affect our understanding, actions and decisions in an unconscious manner.

The phenomenon is called implicit bias and it is very real. It does not in any way make people unsavory, but implicit bias can impede not only diversity and inclusion, but also implementation of a fair justice system.

We all know about overt biases, such as racism and sexism. But implicit bias includes subtle acts of discrimination, which can be unintentional yet still extremely powerful and potentially harmful.

While we all have unconscious biases, what's important is how we address them. As legal professionals, we play an important role in promoting frank discussions about implicit bias so that we can stem the tide of its negative impact within our profession and our justice system.

A number of research projects have uncovered widespread and deep-seated tendencies to associate African-Americans and Latinos with criminality. The fact is that skin color, gender, age, sexual orientation, various forms of ability and religion still have a huge effect on how people are treated. It is one reason why studies show that people of different races, backgrounds and economic circumstance who commit the same offense and go before the same judges get disparate sentences.

Even leaders with the best intentions may be unconsciously stifling diversity and inclusion. Acknowledging the existence of implicit bias is the first step toward addressing it. To better understand implicit bias, I urge everyone to go online and take the Project Implicit test on social attitudes. You may be surprised, but should not be disturbed by, the results.

While our biases may be unintentional, avoiding the negative behavior that results from them requires us to be very intentional. Practice and training are the best ways to overcome unconscious bias.

Another useful method to combat implicit bias is through closer association with the groups outside of our own. Powerful cultural signals push in one direction to drive implicit bias, but awareness, close relationships and experience with different people can push back.

For law firms, changing course requires not only training, but also being open-minded in recruiting efforts and casting a wide net. It is important to invite diverse lawyers into your circle and include them in leadership positions. Use the mentoring process to consciously promote diversity and inclusion. All of us have more in common than we realize. We should explore our similarities so that we can understand our differences.

As president of the ABA, I am proud to say that the diversity of my appointments to ABA leadership positions set an all-time high, not just with people of different races and genders, but also people of various sexual orientations, forms of ability and ages, including many young people. It continues the ABA's leadership in this area.

As part of our Diversity and Inclusion 360 Commission, we have created an Implicit Bias Working Group that is producing educational and other resource materials, including training videos and manuals for judges, prosecutors and public defenders. These tools will help lawmakers understand the existence of implicit bias in the justice system and explore what can be done about it. A training video for judges is expected to be available by the ABA's Midyear Meeting in February in San Diego.

We are building on efforts such as the ABA's Joint Committee on Fighting Implicit Bias in the Justice System, which is publishing a book on the subject. We also have been in discussions with the U.S. Department of Justice and the National Center for State Courts to build upon some of their very good work in this area.

Implicit bias poses big challenges, for the legal community and society. But they are surmountable. The objective of being inclusive does not equate to excluding any segment of the population.

We can all become better when we recognize that none of us are exempt from bias. And we can start to move closer to a fair society.

• To find out your implicit associations about race, gender, sexual orientation and other topics, please go to implicit.harvard.edu/implicit/takeatest.html.