IP Does Not Mean Insane Profit 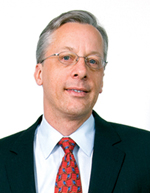 The global economy may be sinking, but in the world of patent litigation the lure of ton-of-gold verdicts is still a reality, making growing firms hungrier than ever for rich intellectual property clients. Well, make those rich IP litigant clients.

However, as general practice firms raid others’ profitable IP practices or merge with IP boutiques to procure the golden litigation egg, some attorneys suggest those firms are killing the goose—a full-service intellectual property practice.

Cherry-picking IP litigators from successful full-service practices doesn’t always equal triumph for expanding general practice firms. “That is a shortsighted approach and is usually short term and unsuccessful,” warns Brian Rupp, who heads Drinker Biddle & Reath’s electrical patent practice in Chicago. “The proper way is to provide a full-service IP practice—litigation, prosecution and transactional—and let it be headed by an experienced IP practitioner and supported by the firm.”

Rupp says the struggle of integrating a full-service IP practice into a general firm model is a topic he talks about a lot with other attorneys. His own legal career encompasses 25 years of intellectual property experience in an IP boutique and two general practice firms, and extends from Chicago to Seoul, South Korea, where he served as patent counsel for Samsung Display Devices and Samsung Aerospace Industries.

Rupp recently spoke to a colleague who fled another general practice firm where acquiring an IP practice didn’t equal triumph. “The mistake there—they never got integrated,” Rupp says. “There was never a good connection with management or the leader of the IP department. [The intellectual property] attorneys were just kind of doing their own thing. I believe the phrase is being ‘officed’ together.”

Being “officed” is a feeling all too familiar, say many patent attorneys acquired by general practice firms from profitable IP practices and boutiques—especially patent prosecutors.

“Expectations are mismatched because a general practice typically looks at an IP boutique as a cash cow,” says Cohen, who is based in Chicago. In turn, “IP firms often look to the general practice for financial security. They think there is going to be a lot of synergy. “That is nice in concept but happens less frequently than people want,” Cohen says.

And then there are personality clashes between generally introverted engineers and their gregarious litigator counterparts—which can make the office seem like a high school science lab shared by science geeks and jocks, Rupp says.

But Nixon Peabody partner Paul R. Kitch of Chicago says such a divide is often fostered within a newly acquired IP practice itself. “Some people are willing to take on prosecution just to get the litigation in the door, but they don’t understand or don’t want to commit to the process,” he says.

A healthy patent prosecution practice requires a seven-figure investment in a robust docketing system to track the numerous deadlines and require­ments of the U.S. Patent and Trademark Office and to integrate that system into the rest of the firm’s technology, says Lewis F. Gould Jr., chair of Duane Morris’ intellectual property practice group in Philadelphia. “It’s not just enough to have lawyers with all scientific backgrounds.”

Sailesh K. Patel, a partner at Schiff Hardin in Chicago who focuses on pharmaceutical and chemical patent litigation, says patent prosecutors have also struggled with an increased commoditization of the practice.

“At a large firm where billing rates are high and you are required to bill by the hour, you can’t charge your standard rates for the work,” Patel explains.