Just the Facts, But More of Them 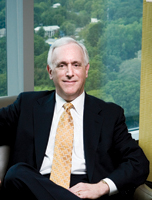 When a fed­­­­eral court dismissed the ­suit by Valerie Plame Wilson against Vice President Dick Cheney and former chief of staff Lewis Libby this summer, plenty of politics-hungry Beltway drones and pundits perked up.

Wilson v. Libby, No. 06-1258 JDB, accused Cheney, Libby and Karl Rove, former White House deputy chief of staff, of violating Wilson’s privacy by publicly disclosing her status as a CIA agent to the press, among other claims.

But while the ruling by the U.S. District Court for the District of Columbia got plenty of publicity over the tangy scandal, few if any noticed the court’s mention of a decision by the U.S. Supreme Court just two months earlier.

That’s not surprising. While Supreme Court watchers awaited cases dealing with abortion and school assignments based on race, most weren’t paying attention when the high court in May decided Bell Atlantic v. Twombly, 127 S. Ct. 1955.

In fact, the decision might prove even more far-reaching than the social cases—especially for lawyers. In Twombly, the court dismissed a putative antitrust class action, ruling that the plaintiffs’ complaint didn’t allege enough facts to show that they could plausibly win at trial.

“Because the plaintiffs here have not nudged their claims across the line from conceivable to plau­sible, their complaint must be dismissed,” wrote Justice David H. Souter for the 7-2 majority. The decision effectively changed the standard for pleadings in civil lawsuits, and it already is having ramifications far beyond antitrust law. Lower courts have cited the ruling in all types of lawsuits, including those involving employment discrimination and civil rights.

Legal commentators and civil procedure experts agree that, at a minimum, many plaintiffs lawyers will now have to include more information in their pleadings if they want to survive a motion to dismiss under Rule 12(b)6 of the Federal Rules of Civil Procedure.

For some, that will mean extra investigation before filing a lawsuit, says law professor Scott Dodson, who teaches civil procedure at the University of Arkansas. “It raises the bar,” Dodson says.

But for other plaintiffs, the decision likely means they will never get their day in court. For example, cases where plaintiffs tend to find the crucial evidence during discovery, such as employment discrimination or conspiracy allegations, might now never make it to trial. “This will preclude some plaintiffs who have meritorious claims from ever obtaining discovery,” he says.

The ruling surprised many court watchers because it departed from the standard the court set 50 years ago in Conley v. Gibson, 355 U.S. 41. Then, the court wrote that lawsuits shouldn’t be dismissed at the pleading stage unless it appeared beyond a reasonable doubt that plaintiffs could prove “no set of facts” at trial that would support victory.

But the Twombly majority explicitly rejected the no-set-of-facts formulation. “The phrase is best forgotten as an incomplete, negative gloss on an accepted pleading standard,” the decision said.

The result was especially startling because the Supreme Court hadn’t signaled that it intended to overturn Conley. On the contrary, the court cited the opinion repeatedly in the last 50 years, says Dodson.

What’s more, unlike hot-button issues such as abortion or affirmative action, the Conley no-set-of-facts standard wasn’t particularly controversial, nor was there general clamor for its repeal.

The Twombly plaintiffs had accused the telecommunications company and other local exchange carriers of violating section 1 of the Sherman Act by conspiring to restrain trade by inflating the cost of local telephone and high-speed Internet service, and by refraining from competing with each other. The complaint charged that the telecoms had engaged in “parallel conduct,” but didn’t include other facts that would show that the telecoms had made illegal agreements not to compete.

“Factual allegations must be enough to raise a right to relief about the speculative level,” said the court in dismissing the complaint.

In explaining its decision, the high court specifically mentioned the expense of proceeding to discovery in an antitrust suit. If plaintiffs can’t provide facts up front, they now can’t rely on the discovery process to get over the hurdle.

In dissent, Justice John Paul Stevens argued there was no reason to create a new standard for pretrial pleadings: “Even if there is abundant evidence that the [antitrust violation] allegation is untrue, directing that the case be dismissed without even looking at any of that evidence marks a fundamental—and unjustified—change in the character of pretrial practice.” Justice Ruth Bader Ginsburg joined the dissent in part.

While Twombly potentially affects all types of federal cases, many lawsuits will still go forward because plaintiffs have enough information to state a plausible claim without discovery, says Columbia University law professor Michael Dorf. In fact, even before Twombly some plaintiffs tended to include as many facts as possible in the pleadings, in hopes of obtaining a quick settlement. “You read lots of complaints where the factual allegations tell a whole narrative,” Dorf says.

But there are some situations where plaintiffs are going to find themselves in a catch-22: They’re not able to obtain the necessary evidence without pretrial discovery but will never get to discovery because their complaint won’t have enough information to withstand a motion to dismiss.

“The types of cases most likely to be affected are those in which defendants’ intent is important,” says Robert L. Rothman of Atlanta, chair-elect of the ABA Section of Litigation.

Such cases include discrimination lawsuits and civil rights cases, among others. “Anything in which a big piece of a prima facie case has to do with defendants’ state of mind, and state of mind can’t easily be inferred,” might now be tossed at the pleading stage, Dorf adds.

Circuit courts are already citing Twombly in their de­cisions on pretrial motions to dismiss, though with varying results.

In August, the 7th U.S. Circuit Court of Appeals at Chicago dismissed the complaint in EEOC v. Concentra, No. 06-3436, an employment discrimination case in which the plaintiff’s amended com­plaint said simply that he believed he was fired in retaliation for opposing “conduct in the workplace that he objectively and reasonably believed in good faith violated Title VII.”

The 7th Circuit held that the language was insufficient to give Con­centra fair notice of the allegations, one of the requirements in Twombly. In a separate concurrence, Judge Joel Flaum argued that the EEOC’s complaint would have withstood a motion to dismiss before Twombly.

But in Iqbal v. Hasty, 490 F.3d 143, the New York City-based 2nd Cir­cuit gave the nod in June to a law­suit charging racial and religious discrimination, as well as other civil rights violations, stemming from the detention of the plaintiff, a Muslim Paki­stani, immediately after Sept. 11, 2001.

While the 2nd Circuit cited Twombly, it interpreted the case as potentially requiring plaintiff Javaid Iqbal to elaborate on some of his allegations at a later time—as opposed to requiring dismissal.

“In order to survive a motion to dismiss under the plausibility standard of [Twom­bly], a conclusory allegation concerning some ele­ments of a plaintiff’s claims might need to be fleshed out by a plaintiff’s response to a defendant’s motion for a more definite statement,” the court wrote.

Ultimately, says Dorf, much will come down to the discretion of trial judges, who are already torn between wanting to clear their dockets and wanting to give plaintiffs their day in court. “District court judges tend to be pulled in two directions,” he says. “There’s a strong impulse to say, ‘Let’s have discovery, let’s have a trial, let’s get it all out there.’ ”

But on the other hand, he says, judges have busy calendars and are under pressure to quickly get rid of the cases that don’t appear likely to go anywhere.

Meanwhile, the case is sparking a wave of paperwork, as defense lawyers file new motions to dismiss in a wide swath of lawsuits, prompting plaintiffs lawyers to come up with legal responses and/or new complaints. “It’s great news for lawyers, at least,” Dorf says.