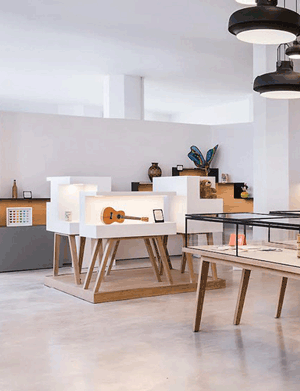 Photograph Courtesy of The Museum of Broken Relationships Los Angeles

A tube of toothpaste might not seem like an item worthy of an exhibit. But it’s exactly the kind of artifact that the Museum of Broken Relationships wants to showcase.

Items that are part of a story. A story of a failed relationship. A story to which everyone can relate, says attorney John Quinn.

“These objects and stories come from all over the world, and you realize [broken hearts are] a universal human phenomenon,” Quinn says.

Quinn was on a family vacation in Zagreb, Croatia, when a guidebook led him to the original Museum of Broken Relationships. Crowdsourced exhibits that featured artifacts from love lost captured his imagination.

“It was a very compelling overview of the different relationships people have,” says Quinn, who reached out to the owners of the Croatian museum before he opened his own museum in Los Angeles.

The Museum of Broken Relationships is about 5,000 square feet and takes up two floors in a space previously occupied by Frederick’s of Hollywood. For Quinn, who founded the litigation firm Quinn Emanuel Urquhart & Sullivan, starting a museum was a natural fit—he’s an art enthusiast and avid collector, and he knows business. While Quinn isn’t actively involved in the day-to-day operations of running the museum, he says he understands the connection visitors feel.

“The stories reflect and convey the whole range of human emotions,” Quinn says.

Although having a museum might seem like a huge departure from law, the business trial attorney says a symbiosis exists. He explains that “litigators know about broken relationships,” and that every lawsuit really is the result of a failed relationship.

Alexis Hyde, the museum’s director, says she loves the museum because it makes art accessible.

“I really liked the message that we’re all in this together. We’re all the same. … It happens to everyone—no matter who or how you love,” Hyde says.

The museum opened in June, with 115 objects on display. According to Hyde, thousands of people have toured the exhibits, which are submitted by anonymous donors.

A Peter Pan doll on display was bought by a man when he was 25, to always remember to be energetic and childlike. Now in his 50s, he thinks that he’s lost that relationship with his inner child.

The toothpaste was sent in because every night the donor would put toothpaste from that tube onto the couple’s toothbrushes. That was their ritual. Even after they broke up she kept using the toothpaste. But once the tube was finished she realized she had to move on. She donated the tube of toothpaste to the museum.

“People are sharing things that, at one point, were very important to them,” Quinn says.

Hyde says some of the stories are sad, but in the end she thinks people can learn a powerful lesson. “Time heals all wounds,” she says, adding that “eventually” everyone gets to that place.

This article originally appeared in the November 2016 issue of the ABA Journal with this headline: “Lawyer Creates Heartbreak Museum: Artifacts convey stories of doomed love.”