How do you say it? Try this quiz to evaluate your pronunciation skills 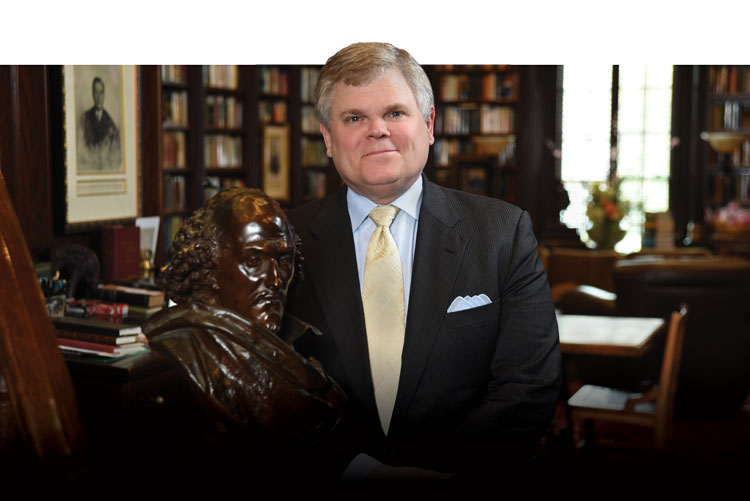 One constant in language, as in life, is change. Over time, words can change in spelling, meaning and pronunciation. This month, we’ll explore changes in pronunciation and next month in meaning.

The main goal with pronunciation is to stay within the mainstream of one’s linguistic community—which, for lawyers, normally means educated professionals. Even there, you’ll find regional differences in terms such as voir dire, which is /vwah DEER/ in most parts of the country but /vohr DIRE/ in much of the South and Southwest. A Texas judge might well look askance at a lawyer using the out-of-state pronunciation.

Some pronunciations are in flux as the result of repatriation: a word imported centuries ago, and thoroughly anglicized, is sometimes treated as if it were foreign by those unaware that it was long ago made English. Hence homage, pronounced /HAH-mij/ for centuries, is now often heard being pronounced /oh-MAHZH/ by those who think they’re using a French word. Similarly, people forget the English word ambience /AM-bee-uhnts/ and instead use the French ambiance /ahm-bee-AHNTS/.

Doubtless worst of all are the mistaken attempts at foreign pronunciations: concierge /kahn-see-ERZH/ (think garage) and coup de grace /koo duh GRAHS/ are often pronounced as if there were no consonant sound at the end. In other words, people attempt the foreign pronunciation but get it utterly wrong. A term like foie gras /fwah GRAH/ can mislead Anglophones into mispronouncing coup de grace.

Some people couldn’t care less about such matters (and they’re likely to say they could care less). But educated professionals are likely to care because of adverse inferences that others might draw about their lack of care.

Although pronunciation is among the steadier aspects of language, we occasionally see major shifts. In British English, for example, there’s a strong tendency to lose /th/ and to make it either /f/ or /v/: go wif you (go with you) or my muvver (my mother), you’ll often hear.

The spread of a nonstandard speech pattern has been remarkable. A few years ago, British educational authorities announced that teachers should stop insisting their students master the /th/ sounds: In British English, /f/ and /v/ in place of /th/ should not be “fwarted.”

In all types of English, there has always been a group of words with sundry pronunciations—not all of which are considered equally good for standard spoken English. True, you might well decide to depart from a standard pronunciation to fit in with your own linguistic community just to avoid coming across as bookish, pedantic or supercilious. But it’s always best to depart from a norm not inadvertently but knowledgeably. The question is whether you can identify the traditional norm.

In the quiz that follows, choose the traditionally standard pronunciation, by which I mean the pronunciation overwhelmingly favored by American manuals printed in the late 19th century through the 20th. (Yes, there were dozens of books on pronunciation published in the days when a lot of people cared about such things.) Granted, these words have been undergoing some degree of shift, and you’ll occasionally hear them pronounced differently. Your mission is to try to identify the traditional forms—even if perhaps only the stodgiest speaker would use every one of them.

For the most accurate results, try saying the word first and then choose the pronunciation that matches your own. In the pronunciations, /uh/ simply represents a schwa: Don’t overpronounce it.

1. (a). The pronunciation stressing the first syllable is a relative newcomer.

2. (b). Here, the second-syllable stress is relatively new.

3. (a). Believe it or not, this is the traditional Anglo-American pronunciation, used mostly by very traditional old-timers. The usual and fully acceptable pronunciation is (c). If you’re unsure, just say cert.

5. (b). This one surprises many people. The “spelling pronunciation” is traditionally considered incorrect. The history is a strange one: medieval Latinists tried respelling the word controller based on false etymology (thinking the root count- [Latin compt-] came into play, when in fact it was just the prefix con-). They didn’t intend to have the word’s pronunciation change, but the spelling pronunciation became widespread in the second half of the 20th century.

6. (a). The second choice is just an overpronunciation.

7. (b). This mispronunciation here is similar to saying /fuh-KAYD/ for façade.

8. (a). It’s a schwa in the final syllable. For some reason, law professors often accent the last syllable with a short -a-, perhaps to help their students spell the word correctly on exams.

10. (a). Think of election, with the accent on the second syllable. The word is often misspelled and mispronounced as if it were electorial.

11. (a). The old pronunciation may be a lost cause, given the analogy to the noun error (which is pronounced only one way).

13. (c). This word is seen more often than heard, and people seem to guess at its pronunciation.

15. (b). Think of the initial stress in integrate.

16. (b). There’s a strange tendency to making this three-syllable word into four. Think of principal and interest. Nobody would say /IN-tuh-rest/.

17. (a). Some lawyers seem to want to call to mind the related word revoke.

19. (a). The -t- is traditionally silent, as in fasten and listen. Sounding the -t- makes for another so-called spelling pronunciation.

24. (a). The word has little to do with the modern sense of the word vague, even though they both derive from the Latin vagus “wandering.”

Bryan A. Garner, editor-in-chief of Black’s Law Dictionary and author of many books on advocacy and legal drafting, is the distinguished research professor of law at Southern Methodist University. His most recent book is Nino and Me: My Unusual Friendship with Justice Antonin Scalia. Follow on Twitter @bryanagarner.