Letters: A rebel leads the way 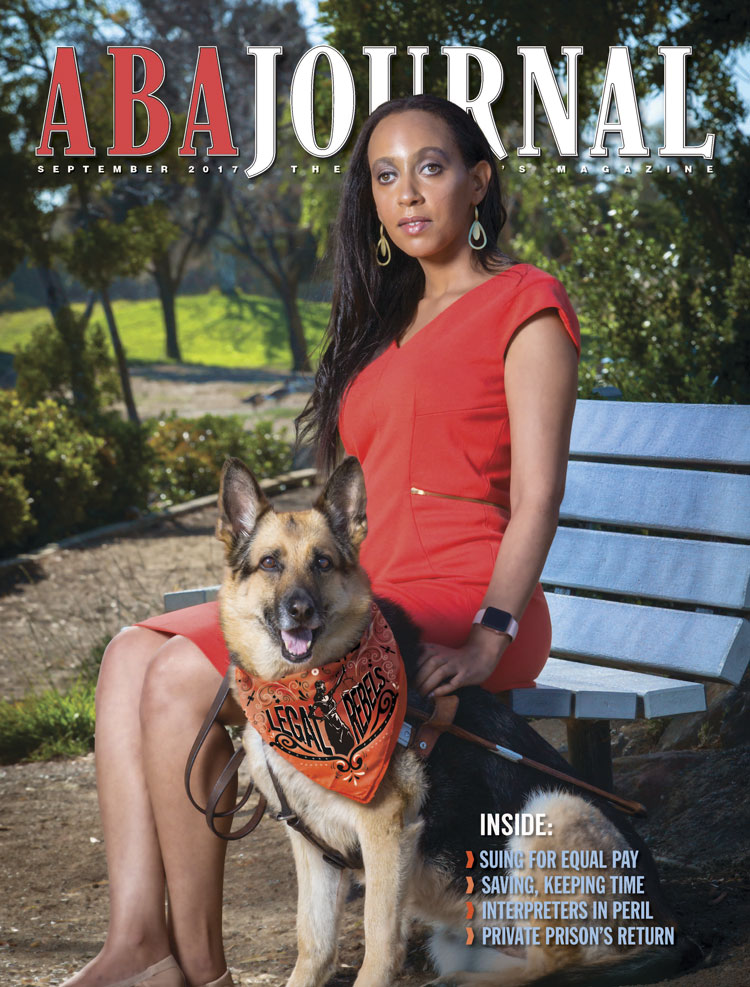 In the Legal Rebels feature, “Pattern of Progress,” September, I appreciate that Haben Girma hasn’t displaced anyone in the workplace; she hasn’t demanded that any special accommodations be developed for her or handed to her, even if she might be entitled; and she expresses only joy, not resentments.

She created a worthwhile job for herself and found the ways to make it—and her life—valuable to herself and others. Not every person with disabilities can be so perfect as she seems to be, but she’s an ideal to aspire to. I’m delighted she was covered by the ABA Journal.

Contrary to what Edna Selan Epstein says in “Beating a Dead Horse,” September, Judge Neil M. Gorsuch was not caught in Sen. Richard Blumenthal’s net but rather adroitly avoided the trap the senator was laying for him.

Had Gorsuch said, “Yes, I agree with Brown v. Board of Education,” then the senator would have said, “Thank you. Now please answer yes or no: Do you agree with Roe v. Wade (abortion), Citizens United v. Federal Election Commission (campaign finance), District of Columbia v. Heller (gun rights) and Obergefell v. Hodges (same-sex marriage)? And because you answered directly with regard to Brown, I expect you to give a direct answer on each of these cases.” But Gorsuch saw what lay ahead, slipped through Blumenthal’s net and landed on the U.S. Supreme Court.

Regarding “Alas, Poor Atticus! Trials are supposed to be all about winning,” August: How is it, then, that much of humanity has been captivated by two trial losers—Jesus and Socrates? Should the Socratic method go by the boards because it is named for a suicidal loser? Is Jesus a stark lesson for pro se litigants? Certainly, many pro se litigants believe the system crucified them—because they were pro se.

And winning a trial is no unalloyed good. Look at the trial in The Caine Mutiny. Character Steve Maryk was acquitted and his career went to pieces. Philip Francis Queeg got a promotion, even though Greenwald broke him. Thomas Keefer was not tried, but he was the true yellowbelly when the kamikaze struck the Caine. Mr. Keith became skipper of the Caine and decommissioned her.

Winning matters. But winning is not the whole show; if it were, why would judges write dissenting opinions? Because they set the table for the victorious discovery of truth.