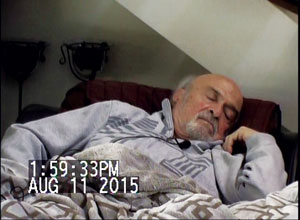 Thank you for publishing Jie Jenny Zou’s article, “Dying Depositions,” April, outlining the heartless questioning of asbestos victims that is permitted in California. Permitting depositions of injured parties to go for 10, 20 or 30 hours is simply unreasonable. From an outsider’s point of view, justifying that type of examination would seem impossible.

I have the pleasure to practice primarily in Illinois state courts, where our Supreme Court Rule 206(d) provides “no discovery deposition of any party or witness shall exceed three hours regardless of the number of parties involved in the case, except by stipulation of all parties or by order upon showing that good cause warrants a lengthier examination.”

This rule was enacted when it became apparent that lawyers on both sides were taking abusively long depositions simply because “they could.” I encourage all jurisdictions to enact a rule such as we have in Illinois; it has not inhibited anyone’s right to obtain relevant information by deposition. Not having a rule and permitting depositions of dying plaintiffs to last for days puts the judicial process, judges and lawyers in a very bad light.

James Podgers’ description of the response to proposed changes to Rule 8.4 of the ABA Model Rules of Professional Conduct (“Bolstering the Bias Rule”) does a disservice to the membership of the American Bar Association by leaving out any mention of the long list of comments posted in writing at the ABA’s comment page dedicated to the purpose.

Apparently only the responses of those with the time and funds to pontificate at the midyear meeting in San Diego are deserving of ABA leadership’s consideration and the knowledge of the readership of the Journal. At the very least, an honest summary of the collected written responses should have been mentioned in the article.

I know that many of the written comments are deeply opposed to the Rule 8.4 changes and do not support “even more and sharper teeth” in the rule because we believe the proposed changes wrongly impinge on lawyers’ fundamental free speech and exercise rights.

Perhaps I am naive to feel this way, but it is disappointing to see the ABA Journal’s editorial leadership living up to the organization’s reputation for progressive bias.

Regarding “Bail’s Failings,” April: I attended the Georgetown University Law Center in the night school from 1970 to 1974. For two of those years, I worked for the District of Columbia Bail Agency, which was created under the Bail Reform Act to administer its provisions allowing release of low-level offenders on personal recognizance without the necessity of posting a money bond.

We were quite proud of the success of the act and the agency in allowing these alleged offenders with ties to the community who presented a low risk of flight to be released on PR. We were also pleased when the assistant director of the agency was hired to start a similar agency in Philadelphia. We had hoped that what we did would set an example that could be followed countrywide. Unfortunately, it looks like not much progress has been made since then.