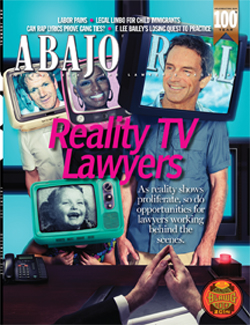 “Far from Home,” December, misses a major aspect of how our child abuse and neglect laws operate to prevent children who are adopted and also biological children who cannot be safely cared for at home from accessing reasonable alternative support without relinquishing custody.

Even when custody relinquishment is the only available option to families who have made the reasonable determination that they cannot care for the child at the present time (often because the child’s behavior is dangerous to other family members), the parents are labeled neglectful no matter what they choose to do. Some parents face an excruciating “damned if you do, damned if you don’t” decision because by keeping the child in their homes they are subjecting their other children to risk.

Read Toni Hoy’s excellent memoir, Second Time Foster Child, before making the plight of desperate adoptive parents even more difficult by criminalizing private relinquishments. Certainly, a publicly available relinquishment process—such as through safe haven laws or a right to surrender children based on a variety of factors, including inability to address the child’s needs—could be beneficial, but what is most needed is a way for children to keep their fragile family ties but be served in community placements that do not force relinquishment on many families in desperate situations.

Calling for criminal penalties in the face of the criminal lack of resources for families with children who are more than troubled—i.e., children who have serious mental health needs (often due to childhood trauma)—seems like a step in the wrong direction, except in cases in which the parent doing the re-home is truly reckless about the replacement decision. There need to be plenty of safeguards for the parent who has run out of options short of the re-homing or relinquishment decision; and the article, by calling first for criminalizing what is broadly labeled as “re-homing,” should not be something we clamor for.

What is most remarkable about this article is the slew of adoption “experts” who opine that the phenomenon of re-homing is primarily caused by adoptees’ attachment disorders and other pathologies and/or lack of resources for adopters. There is no actual evidence that adoptee maladjustment or lack of access to resources is at the bottom of re-homing.

If anything, the actual stories and testimonies of adoptees who have been trafficked (some through multiple re-homings) suggest that adoptive parents who re-home are mirroring the lax standards and ethics of the international adoption system that allowed them to adopt in the first place.

I do not believe plain criminalizing re-homing is the answer. This will deter people from considering adoption. Suggestions: (1) reinforce the screening and matching process of adopting parents and adoptees; (2) strengthen penalties and establish a civil cause of action for adoption agencies who misrepresent facts or information about a child with the intent to induce a prospective parent to adopt (like a statutory fraudulent misrepresentation claim specific to adoption agencies); (3) strengthen post-adoption support programs; (4) establish a legal avenue for those parents who wish to re-home, thereby providing procedures that would include the same screening and matching process of adoptions (the new parent would have to adopt the child with the same procedures and subject to the same safeguards, just like the parent wishing to re-home did). 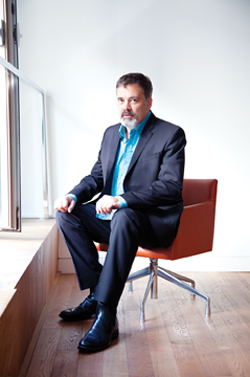 Rightscorp may not be in the ticket-issuing business for much longer (“Piracy Patrol,” December). It is the object of a class action complaint filed in the U.S. District Court for the Central District of California (case No. 2:14-cv-09032), alleging (rather convincingly) violations of the Telephone Consumer Protection Act, the federal Fair Debt Collection Practices Act and its state counterpart, as well as abuse of process under federal and state law (issuing illegal subpoenas to Internet service providers). The business produced a net loss of about $2.3 million on revenues of only $690,000 for the nine months ended Sept. 30, 2014 (Form 10-Q).