Letters: The history of labor strife 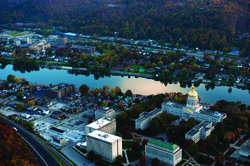 THE HISTORY OF LABOR STRIFE

Eric Newhouse’s “King Coal’s Violent Reign,” December, blew me away! I am 83 years old, and all my life I was told stories of life in the coalfields that were passionate but disjointed as to time and events. Now it all makes sense. My young coal miner uncle, John Peterson, was sent to the penitentiary because he was a union activist. I know he was there for a couple of years. No one ever talked about it except in a whisper.

One of my aunts worked in a small coal mining office in Avella, Pa., near Cedar Grove. I recall her handing out pay envelopes and lecturing the coal-blackened miners not to go to the bar before they took their pay home.

My father went to work in the West Virginia coal mines when he was 11 years old. He always bore the scar on his head where he was kicked by one of the mules that pulled the coal carts. The greed, violence and political intrigue involved in the coal industry is, I’m afraid, not at all understood by today’s workers. Unfortunately, they will probably have to learn it the hard way.

I am a 2L at West Virginia University. I was overjoyed at how well Newhouse’s piece covers the rich history of the labor movement in West Virginia.

I am from Beckley, W.Va. My father was a coal miner, three out of my five uncles have been miners, and my cousin was in the Upper Big Branch mine explosion (he survived). I mention them to show some credibility on the is-sue of coal and how it has affected my life. Personally, I think having a state rich in the black stuff has been nothing but a curse. Many disagree, as your article points out. However, if one is not from the state or the region, or does not have ties to coal, it is difficult to understand the culture and caustic climate surrounding coal. So thank you for this article. I can now show it to my friends who don’t understand why so many miners and West Virginians are pro-coal considering the history between the mine operators and the workers. Being from southern West Virginia, we often feel forgotten on the national stage. It was a pleasant surprise to find the article in the ABA Journal and a reminder that people outside the state do actually care about what happens here.

I compliment you on “King Coal’s Violent Reign,” detailing the violent history surrounding the labor disputes in the West Virginia coalfields.

As a lifelong resident of Charleston, W.Va., the article fairly and honorably details the struggle West Virginia coal miners have faced over the last century. I was particularly impressed that Newhouse reached out to knowledgeable individuals such as Pat Maroney, Esq.; Derek Scarbro, executive director of the Democratic Party of West Virginia; and Fred Barkey, a noted and respected West Virginia historian.

From the Bull Moose Special to Mother Jones to the Whipple Company Store—which is still standing—the article fairly and accurately portrays an era in West Virginia that is slowly but surely dying. As the ABA state delegate from West Virginia, my personal thanks for exposing the troubling issues brave coal miners in West Virginia faced, and unfortunately continue to face, as they work diligently to mine the coal that keeps the lights on in a great part of our country. 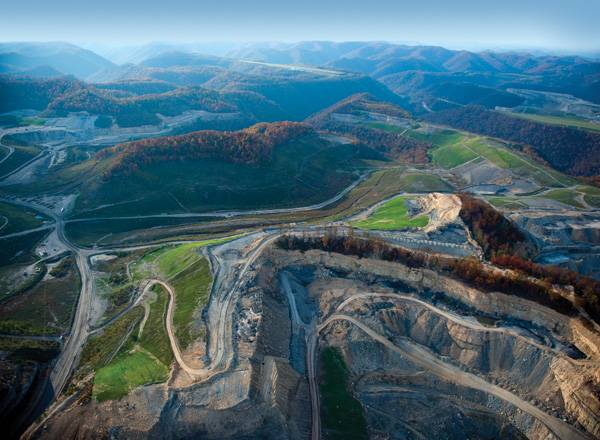 Aerial photo of a West Virginia coal mine by Rebecca Sell.

The undersigned are counsel to Judge Raymond Dougan, the Boston Municipal Court judge who is the subject of the article “Mind Reading,” December. John Gibeaut reported correctly that Judge Dougan had been under investigation by the Massachusetts Commission on Judicial Conduct, based on a complaint made by a district attorney that Judge Dougan had exhibited bias against prosecutors. It was in this context that Judge Dougan successfully challenged an attempt by the commission to probe his mental processes in reaching decisions in individual cases.

We thought your readers would be interested to learn that on Nov. 30, 2012, the commission dismissed all the district attorney’s allegations against Judge Dougan.