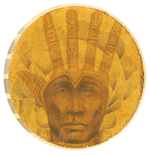 If you’re thinking about a family vacation that would include some real-life civics lessons, you might want to consider heading to Tahlequah, Okla.

True, the city of 14,000 is not Washington, D.C., but it is home to a different kind of history lesson—one about American justice that is too often omitted from standard textbooks.

The 1844 national historic landmark is the oldest public building in Oklahoma and once housed the judicial branch of the Cherokee Nation as well as Indian Territory/Oklahoma’s first newspaper, the Cherokee Advocate.

The Cherokee National Supreme Court, lauded for its high quality of due process, is the final say for tribal matters. Much like the U.S. federal government, the Cherokee Nation justice system has a tri-part structure with executive, judicial and legislative branches, a constitution dating to 1827, and a lower court and a supreme court, says the Cherokee Nation’s principal chief, Chad Smith.

Smith lists the Cherokee Nation’s passions as self-governance and education, both of which are on display in the new museum. Consider the 86-character syllabary, a system that contributed to a 90 percent literacy rate in the 1840s, according to Smith, which was much higher than the total U.S. literacy rate.

The supreme court is a monument to the Cherokee civilization, Smith says, and a way to combat some of the negative misperceptions about Native American life—such as reliance on gaming income—that Smith says abound. He adds, “We want to get our story out.”