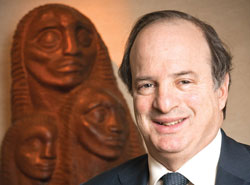 Antitrust lawyers are undoubtedly familiar with the decades-old U.S. Supreme Court decision U.S. v. Grinnell Corp. But what happened to the settlement funds derived from the resolution of the related class action lawsuit may come as a surprise. Nearly 40 years after the civil class action was settled, a portion of the settlement money was discovered sitting in an interest-bearing account.

The bulk of the $10 million settlement from City of Detroit v. Grinnell was disbursed in the 1970s to class members, who claimed they were victims of an illegal monopoly by several large burglar- and fire-alarm businesses. But in a twist that has the traces of a John Grisham plot, the class’s lead attorney lost track of roughly $100,000 of the remaining settlement funds during a reorganization of his law firm and then forgot about the money.

In 2007, after attorney David Berger died, his sons (who were the executors of the estate) stumbled across the funds, which by then had grown to about $850,000. “We couldn’t figure out what this account was and eventually traced it back to a settlement account in the Grinnell case,” recalls one of his sons, Daniel Berger, a Philadelphia attorney.

Berger immediately recognized the case because, as a high school student, he happened to attend the settlement conference with his father en route to a family vacation.

Berger and Howard Shecter, a friend and lawyer who represented the estate pro bono, spent more than a year trying to find a suitable place to donate the funds. After a federal judge in New York rejected one proposal to give them to medical research because this did not meet cy pres standards, they were directed to work with the New York Bar Foundation’s Cy Pres Committee. Ultimately the judge signed off on a proposal to donate the funds to the University of Pennsylvania Law School’s Center for Technology, Innovation and Competition and the Entrepreneurs Bootcamp at Syracuse University.

The CTIC, which received $600,000 in a three-year grant, intends to use a large portion of the funds to look at legal issues involving cloud computing. Since Grinnell used phone lines to transmit burglar alarm information to a central station, it was a logical fit, according to Christopher Yoo, founding director of the center and a professor at the law school.