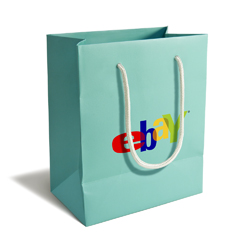 It was a tough spring for trademark owners. They lost two major court decisions—one on each side of the Atlantic.

Both the 2nd U.S. Circuit Court of Appeals at New York City and the European Court of Justice rejected brand owners’ attempts to hold online companies liable for their users’ trademark infringements. The decisions in Tiffany v. eBay and Google v. Louis Vuitton Malletier, respectively, significantly limit the legal obligations of online intermediaries like eBay and Google to protect others’ marks. The result is that trademark owners must continue spending time and money to police online uses of their marks.

The 2nd Circuit case began with an avalanche of jewelry. From April 2000 to June 2004, hundreds of thousands of pieces of silver “Tiffany” jewelry were sold on eBay. Many items, however, were counterfeit.

Tiffany tried to stop the sales of counterfeits, but tracking down the wrongful sales one auction at a time was time-consuming and frustrating. After years of playing Whac-a-Mole with counterfeiters, Tiffany changed tactics. In June 2004, the famous high-end jewelry firm sued eBay, claiming that because the online firm facilitated the sale of counterfeit Tiffany items, eBay was guilty of trademark infringement.

A federal district court in Manhattan found for eBay on all counts. On April 1, the 2nd Circuit largely affirmed.

The appeals court first addressed direct trademark infringement, saying that “a defendant may lawfully use a plaintiff’s trademark where doing so is necessary to describe the plaintiff’s product and does not imply a false affiliation or endorsement by the plaintiff of the defendant.” It is a standard akin to the nominative fair-use doctrine.

The online auctioneer met this standard, the court found, because “eBay used the mark to describe accurately the genuine Tiffany goods offered for sale on its website. And none of eBay’s uses of the mark suggested that Tiffany affiliated itself with eBay or endorsed the sale of its products through eBay’s website.”

Selling counterfeit Tiffany items did create direct infringement liability. The court imposed this liability only on those selling the counterfeits, not on eBay.

However, the online platform can face secondary trademark liability arising from a user’s direct infringement, the 2nd Circuit held. The relevant test was laid out in the U.S. Supreme Court’s 1982 ruling in Inwood Labs v. Ives Labs. Secondary liability exists if a defendant “intentionally induces another to infringe a trademark, or if it continues to supply its product to one whom it knows or has reason to know is engaging in trademark infringement.”

Although eBay knew some significant percentage of sellers were offering counterfeit Tiffany jewelry, such general knowledge of infringing activity was insufficient to create liability, the court held. Secondary trademark liability exists when a defendant knows about specific instances of infringement and refuses to take appropriate remedial action.

A defendant also can be secondarily liable if it is willfully blind to specific infringements. “When it has reason to suspect that users of its service are infringing a protected mark, it may not shield itself from learning of the particular infringing transactions by looking the other way,” the court stated.

The court found that eBay was not liable under either test. Whenever the online firm learned about specific auctions of counterfeit Tiffany merchandise, eBay swiftly removed the items from its website and took appropriate action against the sellers.

And far from willfully ignoring the sales of counterfeits, eBay spent millions of dollars annually on a variety of efforts to keep counterfeits off its website. The company, for instance, hired more than 200 employees “to focus exclusively on combating infringement,” created an automated system to uncover wrongful listings, and set up a “notice-and-takedown system” that enabled trademark owners to notify eBay swiftly and easily about infringing auctions.

“The decision didn’t upset the traditional view as to the relative allocations of burdens of ferreting out trademark infringements. It didn’t create a new a priori rule for online marketplaces,” says R. Bruce Rich, a partner at Weil, Gotshal & Manges in New York City who represents eBay in the lawsuit.

By continuing the status quo, the decision requires brand owners to expend time and money hunting down each individual counterfeit sale. “The ruling makes it almost impossible to protect marks online—makes it an undertaking which is almost always after the fact,” says James B. Swire, a partner at Arnold & Porter in New York who represents Tiffany.

The ruling was a huge win for eBay, but its effect on other online businesses is unclear. The 2nd Circuit effectively requires online businesses to establish a notice-and-takedown process for dealing with alleged trademark infringements. Failure to implement such a process would expose the business to secondary liability for ignoring specific instances of infringement. But it is uncertain what else online businesses are required to do.

For its part, the European Court of Justice held in the high-profile Google case that such search providers do not commit trademark infringement by simply selling trademarks as keywords to trigger online ads.

Under European Union trademark rules, an infringement can occur only when a mark is used without authorization in the course of trade. Although search providers make money by selling trademarks as keywords, this doesn’t constitute “use” of the marks, said the ECJ, which is based in Luxembourg. That’s because the search providers don’t utilize the marks to communicate their own commercial message.

“This [decision] wholly deflects liability for direct trademark infringement away from Google to its advertisers,” says Scott B. Schwartz, a partner in the Philadelphia office of Cozen O’Connor.

Still, the ruling isn’t all bad for advertisers. The European Court of Justice held that if a company buys another’s trademark as a keyword, that company is using the mark in the course of trade and can be held liable for direct trademark infringement.

But such infringement occurs, the court stated, only if the keyword triggers an online ad that either falsely suggests there is an “economic link” between the advertiser and the trademark owner, or it is so vague that “informed and reasonably attentive Internet users are unable to determine” whether there is an economic link.

The decision thus upholds the right of companies to engage in nonconfusing keyword ads.

“The ECJ ruling makes it perfectly OK to buy other people’s names as keywords if all you’re doing [in the ad] is offering people an alternative which is clearly an alternative,” says Jason Rawkins, a partner in the London office of Taylor Wessing.

Such liability is not automatic. The ECJ said that if a search provider does no more than sell keywords chosen by an advertiser and display ads determined by the advertiser, the provider is protected as an “intermediary service provider” under the EU rules. So long as a provider remains in this safe harbor, it cannot be held liable for any infringements committed by an advertiser prior to the provider’s being specifically informed of the infringing ads. Once informed of the infringement, the provider would have to act appro priately to remedy the situation or face liability for secondary infringement, the court held.

To stay within the safe harbor of the e-commerce directive, a search provider must act in a “mere technical, automatic and passive” manner and have “neither knowledge of nor control over the information which is transmitted or stored,” the ECJ stated. Thus, a search provider could fall outside the safe harbor if it “takes an active role in bringing about an infringing ad,” Rawkins says. “For instance, if Google suggests keywords like ‘copy’ or ‘counterfeit’ or ‘imitation,’ encouraging advertisers to do things they shouldn’t be doing, that could create liability.”

The ECJ’s ruling was a major defeat for trademark owners who wanted to stop others from using their marks in keyword ads. The Google decision not only makes it harder to win a keyword ad-infringement suit but puts the onus of finding and stopping any infringement on trademark owners, not search providers.

“It makes enforcement [of trademark rights] more difficult because mark holders must do the monitoring themselves,” says Zohar Efroni, nonresident fellow at Stanford Law School’s Center for Internet and Society. “It has become more difficult to impute liability upon the forum provider, depriving mark holders of a more centralized and effective enforcement strategy.”