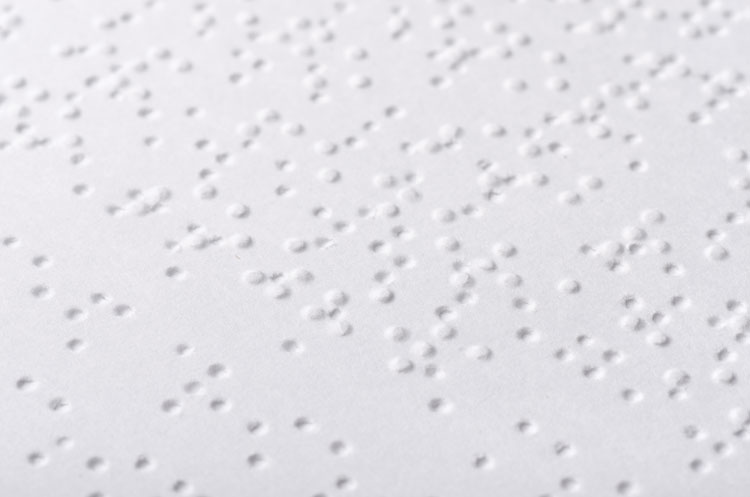 Less than 10 percent of the millions of books published each year are available in formats that make them accessible to blind and visually impaired people, according to the World Blind Union.

In the hopes of providing greater access to printed literary works for the 285 million blind and visually impaired individuals worldwide, the Senate voted in June to approve a resolution to ratify an ABA-supported treaty.

Signatories to the Marrakesh Treaty to Facilitate Access to Published Works to Persons Who Are Blind, Visually Impaired, or Otherwise Print Disabled agree to adapt their domestic copyright laws to allow written works to be converted into accessible formats such as braille, large print or digital for personal use and noncommercial distribution. A total of 40 countries are party to the treaty, which also requires that the countries allow eligible people and libraries to export and import works between those countries.

While the United States has already adopted similar exceptions, more than 130 countries designated by the World Intellectual Property Organization have not. As a result, reproducing written works in braille or other writing systems for the disabled in those countries may constitute a copyright violation, and the import or export of accessible formats across international borders may not be allowed.

The treaty, which is administered by WIPO, was negotiated in June 2013 in Marrakesh, Morocco, and submitted to the Senate in February 2016 by President Barack Obama. In his letter of transmittal, Obama noted that the United States played a leadership role in negotiating the treaty, and that its provisions are broadly consistent with existing U.S. law. The treaty came into force in September 2016 when Canada became the 20th nation to ratify it.

The ABA expressed support for prompt ratification of the Marrakesh Treaty in April, when the Senate Foreign Relations Committee convened a hearing on the access and copyright issues related to it.

“Ratifying the treaty would help open doors to countries worldwide, allowing literature to be disseminated in accessible formats with no borders,” ABA Governmental Affairs Director Thomas M. Susman wrote in a letter to the committee.

At the hearing, Manisha Singh, assistant secretary of state for the Bureau of Economic and Business Affairs, said the treaty would allow Americans who are blind or visually impaired to access an estimated 350,000 additional works.

“Accessing information, especially in a timely fashion, has been one of the significant barriers posed by blindness and print disabilities,” testified Scott C. LaBarre, a member of the ABA Board of Governors who has been blind since age 10. LaBarre was involved in the 2013 treaty negotiations as the National Federation of the Blind’s lead delegate. “Those without such disabilities take for granted the ability to pick up a book or other printed material and simply read it.”

The Senate Foreign Relations Committee, in its executive report to the full Senate, stated that the treaty “strikes a careful balance, providing that copyright protection should not impede the creation and distribution of such accessible format copies, including the exchange of such copies internationally to designated beneficiaries while providing for appropriate safeguards to protect the interests of copyright holders.”

The report emphasized that the treaty provides assurance to authors and publishers that the system will not expose their published works to misuse or distribution to anyone other than the intended beneficiaries.

The final steps include the enactment of S. 2559, implementing legislation that adjusts U.S. copyright law to fully comply with the treaty’s language and requirements. The Senate passed the bill and sent it to the House for consideration. After passage of the implementing legislation, the U.S. president, as the chief diplomat of the United States, would submit documents to WIPO agreeing that the government will abide by the treaty.

This report is written by the ABA Governmental Affairs Office and discusses advocacy efforts by the ABA relating to issues being addressed by Congress and the executive branch of the federal government. Rhonda McMillion is editor of ABA Washington Letter, a Governmental Affairs Office publication. This article was published in the September 2018 ABA Journal magazine with the title "World of Words: ABA-supported Marrakesh Treaty expands access to print materials for blind people."