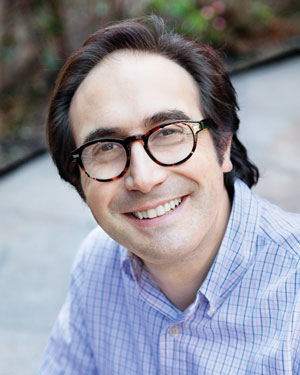 Even litigators can have trouble getting paid, as New York City lawyer Jesse Strauss learned.

Strauss, an employment litigator, has had to write off debt too small to be worth a lawsuit. And he saw the same problem among many of his clients. Like him, they had debts too small to merit a suit; and collection agencies, which work on volume, wouldn't help them. "When you have this whole community of folks who are consistently being creditors, and there's no infrastructure to serve them, there's something wrong," he says.

So Strauss created the volume with Indepayment, his nascent business that aggregates debts owed to many independent workers. If these independent contractors collect, they pay $99 plus anything charged by an outside agency, typically a third. If they don’t collect, it’s free.

Launched earlier this year, Indepayment asks its clients to make one last attempt to collect using a free, downloadable demand letter. If that fails, they can then register their debt with Indepayment. Some debts go to a collections law firm; others are given to a collection agency, depending on the costs of suing.

Strauss also created the “IndeScore,” an index that allows his users to give grades to their clients to measure whether and how fast they paid. The debtor gets notice that the Indescore will go up if the debt is paid. Indepayment also makes the database available so contractors can check whether potential clients are risky—a perennial topic among freelancers.

And the IndeScore helps Indepayment identify businesses that owe money to many contractors, making a lawsuit more viable.

Strauss is focused on building Indepayment’s customer base. He estimates that he is spending half his time on Indepayment, the other half practicing law.

“The issue will be when I can go to my wife and tell her that I’m closing down the law practice and I’m just working on Indepayment,” he says.

This article originally appeared in the December 2015 issue of the ABA Journal with this headline: “Out for Collection: New business collects debts for independent workers.”