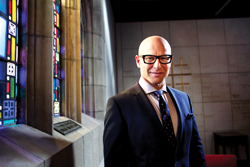 The Los Angeles-based Kavinoky Law Firm is better known by its other, catchier monicker: NoCuffs. Darren Kavinoky has already invested millions of dollars in advertising to increase his market share and further his legal business, which focuses heavily on DUI defense. He registered the domain name NoCuffs.com in 2001 and acquired the phone number 1-800-NO-CUFFS in 2008.

But this summer he took the marketing and advertising to a much higher—and more expensive—level. And Kavinoky, who is also the co-creator and host of the television show Deadly Sins, says it is already paying dividends.

"The advertising campaign with InterMedia began in July 2014 and is vital for brand expansion," Kavinoky says. "I have already seen an increase in the number of calls and clients. It has been readily apparent that the broadcast medium is a great vehicle for 1-800-NO-CUFFS."

And things won't stop there. He says this "advertising campaign ... currently is at $2 million, but that will increase as we advertise out of California."

Richard S. Levick, chairman and CEO of the global communications and brand protection group Levick, says that, for this type of law firm, the advertising purchase by Kavinoky is "significant but not unprecedented."

"To cement the 1-800-NO-CUFFS option as top-of-mind with potential clients," says Robert B. Yallen, president and CEO of InterMedia, "we created several mnemonics to reinforce and bolster the toll-free phone number and law firm name. This includes having attorney Darren Kavinoky, the firm's founder and spokesperson, toss a set of handcuffs toward the camera so they form the zeros in the on-screen 1-800-NO-CUFFS logo."

Kavinoky, who has been practicing law since 1994, finds advertising essential for lawyers in this day and age.

"Advertising is a matter of survival for lawyers in today's marketplace," he says. "In the world of criminal law, unlike many other areas of law, personal referrals are less frequent simply because people don't like to share that they've been arrested."

GREAT IS NOT ENOUGH

In an age of digital marketing, it's not enough to be a great lawyer, Kavinoky explains. "It used to be the case that being great in your legal craft was enough to get people knocking on your door. Younger lawyers with marketing savvy have taken market share away from older, more experienced lawyers."

"Each firm has to make its own decision as to how advertising fits within its overall marketing strategy," says Betsi Roach, executive director at the Legal Marketing Association.

"At LMA we often see our 3,500 members and their firms make an investment of this type as part of their marketing and business development mix," Roach says. "Results vary, of course, and an individual law firm's return on its investment is influenced by numerous factors such as the nature of the client, the level of competition, and general awareness of the legal issues for which the firm offers advice. But some of our members have certainly seen success in this arena."

The bottom line, Kavinoky says, is "the world has changed. And if lawyers cannot change to meet consumer expectations, then they are not serving the needs of the people who need them."

This article originally appeared in the January 2015 issue of the ABA Journal with this headline: “NoCuffs, big bills: Firm spends millions on marketing.”