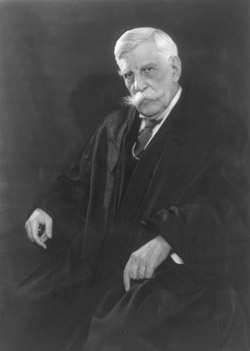 By the time Abrams v. U.S. reached the Supreme Court, curbs on political speech had been addressed in three unanimous cases decided in March 1919, marking the first time the court dealt with free-speech challenges to a federal law. All three opinions, which upheld the convictions of political radicals opposed to U.S. involvement in World War I, were penned by Justice Oliver Wendell Holmes and reflected the prevailing view that wartime exigencies justified the abridgment of free-speech rights.

Jacob Abrams, a Jewish refugee from czarist Russia, faced 20 years in prison for distributing pamphlets opposing U.S. intervention in revolutionary Russia. Troubled by such a harsh response to the “publishing of a silly leaflet by an unknown man,” and nudged by Judge Learned Hand and other acquaintances, Holmes reconsidered his position.

In a seminal dissent (in a 7-2 ruling) that pointed toward a more expansive view of First Amendment protections, he argued that the “ultimate good desired is better reached by free trade in ideas—that the best test of truth is the power of the thought to get itself accepted in the competition of the market.”