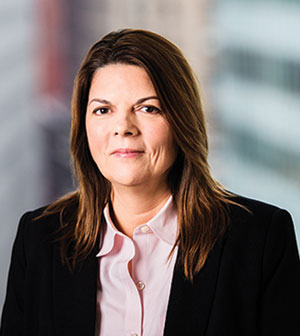 Ferrum Ferro Capital, a privately held venture fund, lists its address at a mailbox rental store in Wilmington, Delaware. The company's mostly empty website describes itself as "focused on innovation, application and monetization."

Four months after the company was formed in 2014, Ferrum Ferro filed for FDA approval of a glaucoma drug. In a letter to pharmaceutical company Allergan, Ferrum Ferro attorney Amir Naini of the Los Angeles firm Russ August & Kabat said it was proposing to make a generic version of Allergan's glaucoma drug, Combigan.

Making that drug, the letter noted, could pose “a significant and terminal threat” to Allergan’s patent rights.

Allergan might have laughed this off. But the letter included a request that judges at the U.S. Patent and Trademark Office reconsider one of Combigan’s patents. Ferrum Ferro was requesting inter partes review, a relatively new post-grant proceeding in which the office reconsiders whether the invention deserves a patent. (The name of Ferrum Ferro’s proposed generic, “Combivious,” suggests it thinks the drug is too obvious to patent.)

Anyone can petition for inter partes review, and the Ferrum Ferro letter to Allergan pointed out that generic drug companies might be eager to join in challenging the patent. Indeed, generic competitors had already sued to invalidate the patent at issue. They lost—but that’s no barrier to IPR. Naini ended the letter by saying the company was “amenable to discussing an immediate and confidential settlement.”

Ferrum Ferro countered by seeking to strike the lawsuit, alleging that it was a strategic move to silence criticism.

Ferrum Ferro isn’t alone in filing such claims. IPR filings from financial companies have increased from at least 11 in 2013-2014 to at least 33 from January to September 2015. Some call these filers “reverse patent trolls” because they’re seeking to profit from invalidating patents rather than enforcing them (“patent trolls” are entities that use their patents only to file infringement lawsuits). Though some claim they’re concerned about bad patents or the high price of prescription drugs, the targeted companies argue that the goal is really profit.

The filings typically target drug patents—and that’s not a coincidence. Because there’s much less profit in a drug with competitors, invalidating a patent hurts a pharmaceutical company more than it would a company that makes computers. Ultimately, it can adversely affect the company’s stock.

Patent holders are fighting back. NPS Pharmaceuticals (which is now owned by Shire) requested and received additional discovery to learn the names of investors in the Coalition for Affordable Drugs, one of the most prolific filers. Acorda Therapeutics has cited the coalition’s failure to name all real parties in interest as a reason why its petition should be denied. And Allergan has threatened to request sanctions if Ferrum Ferro’s IPR case goes forward.

Inter partes review, created by the 2011 America Invents Act, is a mechanism for the Patent Trial and Appeal Board to invalidate a patent after it’s already been granted. It replaced inter partes re-examination, in which patent examiners went through the examination process again.

By contrast, IPR (and its sibling post-grant review, which is available only in the first 12 months of a patent) is a courtlike administrative proceeding.

The change was spurred in part by criticism that inter partes re-examination was too slow. That won’t be a problem with inter partes review because, by law, the entire proceeding cannot exceed 18 months. Backers hoped this would make IPR less expensive, which would help weed out overly broad patents used by patent trolls.

“The intention was primarily to reduce the costs of patent lawsuits,” says Michelle Carniaux, a partner with Kenyon & Kenyon who helps write the firm’s Inter Partes Review Blog. “It’s a way to challenge the validity of the patent without the huge expense of district court litigation.”

The tactic may be working. Carniaux says the statistics she’s seen suggest that IPR is indeed moving disputes from district court to the board, which should reduce costs. This year, the nonprofit Electronic Frontier Foundation, an activist organization that, among other causes, supports patent reform, succeeded in invalidating a patent belonging to an alleged patent troll. EFF staff attorney Daniel Nazer holds a novel position—the Mark Cuban chair to eliminate stupid patents—which was created by the well-known entrepreneur and Dallas Mavericks owner to support reform of the patent system.

Bernard Knight, former general counsel for the Patent and Trademark Office, was with the office when inter partes review was created. He told Bloomberg News: “We never thought people would use [it] this way, in an effort to move stock or as an investment vehicle.” (Knight declined to speak to the ABA Journal.)

But that’s apparently how it is being used. According to Docket Alarm, a company that provides tracking of court filings, the Coalition for Affordable Drugs filed 32 petitions for patent challenges by mid-September. The coalition is a subsidiary of hedge fund Hayman Capital Management.

Neither Hayman’s public relations firm nor its patent attorney, Sarah Spires of Skiermont Puckett in Dallas, responded to requests for comment. But the company has had to defend itself from Celgene Corp., a pharmaceutical company that moved for sanctions against the coalition for allegedly abusing the inter partes review process.

In response, the coalition told the Patent Trial and Appeal Board that its inter partes re-examination filings “are part of its investment strategy” and designed to make a profit. An attached declaration defends the process of short selling, suggesting that the coalition intends to bet against, or short, the stocks of the companies whose patents it challenges. Celgene’s sanctions motion also cites media reports suggesting Hayman funds bet on the competitors of targeted companies. J. Kyle Bass, head of the coalition and Hayman Capital Management, told the Wall Street Journal in April: “We will not settle.”

The coalition’s argument may have resonated: On Sept. 25, the board rejected Celgene’s motion for sanctions, saying it’s not inherently abusive to seek profits.

Allergan claims that Ferrum Ferro is trying to profit in a different way—by forcing a settlement, according to court filings. However, Ferrum Ferro founder Kevin Barnes told Bloomberg News that he sees “multiple pathways to monetization.” 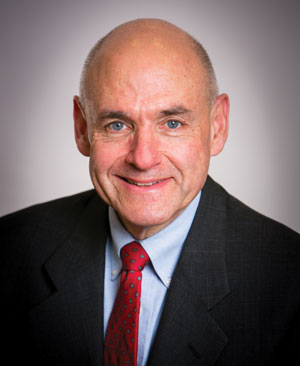 The filing against Allergan has attracted attention because the disputed patent has already been upheld as not obvious by the U.S. Court of Appeals for the Federal Circuit. But that may not matter, because standards of review are different—and more favorable to challengers—through the Patent Trial and Appeal Board. Unlike a district court, the board does not presume the patent’s validity. It uses a more challenger-friendly evidentiary standard. And it construes claims more broadly than district courts, making it easier to find prior work that could invalidate the patent. And in any case, a court decision does not necessarily trump a board decision. Joel Miller, a solo intellectual property attorney in West Orange, New Jersey, says the Federal Circuit has dealt with competing Patent and Trademark Office and federal court decisions at least once and decided for the PTO. In 2013’s Fresenius USA v. Baxter International, the appeals court upheld the PTO decision because the competing court judgment was not sufficiently final.

Attorney Carniaux believes the existing processes at the board are adequate for determining the merit of an IPR filing. Miller, a former patent examiner and author of The Patent Trial and Appeal Board: Advocacy and Practice, believes it will take at least one such decision before litigants can begin to understand whether this use of IPR is appropriate. The statute itself is silent about petitioners’ motivations, he notes.

“Until the board rules,” he says, “I don’t think anybody can make any statement.”

This article originally appeared in the December 2015 issue of the ABA Journal with this headline: “Reverse Trolling: Patent holders allege financial companies are misusing new post-grant review process for profit.”