They sported Yankee pinstripes, but they weren’t feted by a ticker-tape parade or handed keys to the city. Still, this team was most welcome when they arrived in New York to honor their end of a losing bet on the World Series. 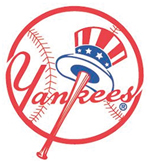 Philadelphia City Solicitor Shelley Smith and her staff came to pay up after she and New York City Corporation Counsel Michael Cardozo agreed that lawyers from the losing ballclub’s city would grit their teeth, don the winning team’s jerseys and travel to the victor’s turf for some pro bono work. The Philly-to-NYC trip happened Jan. 7.

“While I am obviously heartbroken that the Phillies fell to those tenacious Yankees, I am nonetheless pleased that my legal team [had] the opportunity to provide service to the New York community,” Smith says. Cardozo, a lifelong Yankees fan, declared the outcome of the friendly wager a win-win scenario and thanked Smith for being such a good sport.

The two law departments partnered up to do volunteer work, including judging high school competitions on constitutional topics. The program was sponsored by We the People, a nationwide educational program focusing on the U.S. Constitution and the Bill of Rights.

Cardozo playfully offered up a suggestion for his guests to do “some lawn mowing and various groundskeeping jobs at an unspecified location in the Bronx.”

Smith, meanwhile, invited Cardozo and his deputies to Philadelphia next year to return the favor, “after the Phillies reclaim the World Series trophy from the Yankees.”