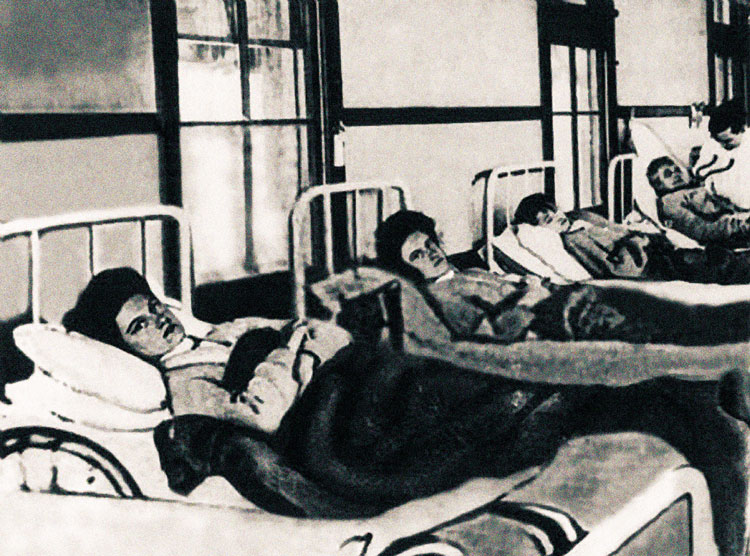 In late August 1906, while vacationing in a sprawling rented home in Oyster Bay on Long Island, the family of New York City banker Charles Henry Warren was stricken with typhoid fever. Including the Warrens and their servants, 11 people occupied the house; and between Aug. 27 and Sept. 3, six came down with the disease.

Typhoid fever, a particularly virulent form of salmonella, was not uncommon. In 1906, New York City reported 3,467 cases and 639 deaths. But this case, occurring in a well-to-do environment like Oyster Bay, was cause for alarm. When health officials could not determine the source, the owner of the house employed an epidemiologist to investigate.

George A. Soper was at first mystified, finding nothing that earlier investigations might have missed. When potential sources—the well, cesspool, bathroom and food supplies—turned up clean, he began to examine the family and staff.

His focus rested on Mary Mallon, a cook hired through an agency for the vacation stay. An Irish immigrant, Mallon was known for hard work, stubbornness, hearty cooking and peach ice cream. She was not known for fastidious hygiene, and Soper became convinced that the dessert, made fresh with unclean hands, was the likely source of the outbreak.

With help from the employment agency, he discovered other families who had hired Mallon and experienced typhoid—the earliest in 1900 in Mamaroneck; the latest in a house on Park Avenue in Manhattan. There were seven such families, including that of New York lawyer Coleman Drayton, who had paid Mallon a $50 bonus for her care of his household while they coped with typhoid.

By the time Soper met Mallon on Park Avenue, two people—including her employer’s daughter—had taken ill. Soper told Mallon that she was likely a typhoid carrier, a host for the bacteria who could infect others without herself becoming ill. When Soper offered to help her in exchange for blood, urine and fecal samples, she came after him with a carving fork. Several more attempts at reason drew similar disdain. When police and health officers showed up to detain her, she climbed through a kitchen window, vaulted a fence and was finally found in a closet at a nearby house. 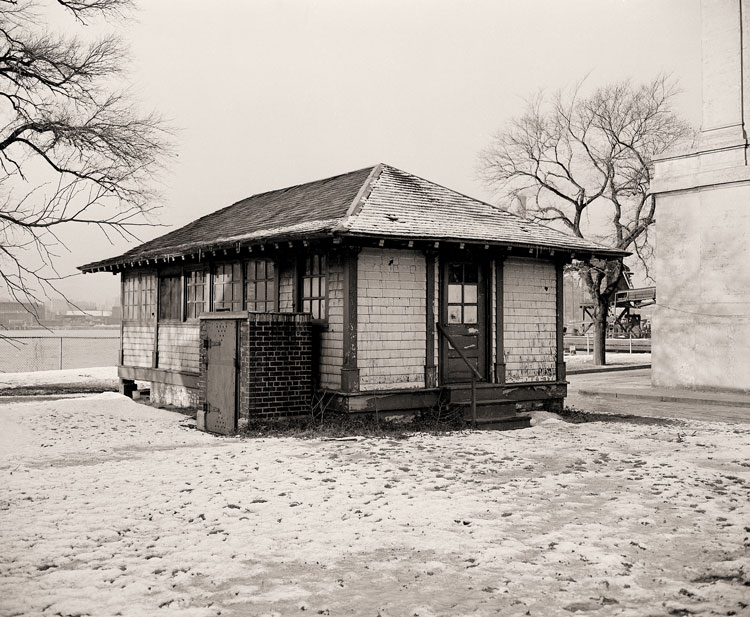 For 26 years, Mallon was confined to this bungalow on North Brother Island. Photo courtesy of Associated Press.

Mallon was taken to Willard Parker Hospital, where her various specimens tested positive for Bacillus typhosus, probably lurking in her gallbladder. When Soper told her that if she allowed its removal she would be free to leave, Mallon simply glared at him, refusing to speak.

After months without cooperation, Mallon was taken on March 20, 1907, to Riverside Hospital on North Brother Island, situated in the East River between the Bronx and Rikers Island. There, she lived in isolation.

A writ of habeas corpus filed after two years of quarantine was denied, despite her never having been charged with a crime. But after nearly three years in custody, she was released on her promise not to handle food for others, to follow a few simple hygiene rules, and to report to the health department every three months.

Instead, she fled and worked under assumed names in the kitchens of hotels and inns, a restaurant and even a sanatorium. She was found and rearrested in 1915 at the Sloane Maternity Hospital. As a worker in the kitchen there, she was jokingly known to the staff as “Typhoid Mary.” She was identified by Soper when a physician sought his help after another outbreak.

Mallon was returned to her solitude on North Brother Island, where she lived until her death on Nov. 11, 1938. Though granted unaccompanied releases periodically, she never again fled.

There was no formal investigation, but over 15 years, “Typhoid Mary” Mallon was linked by Soper to 53 cases of the disease, including three deaths.

Previous:
It's difficult to describe lawyers' situations in Puerto Rico, but hurricane damage was 'extreme'