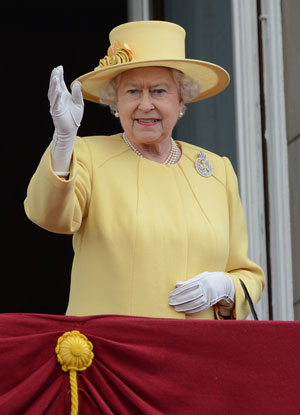 For the past year, the ABA has used the upcoming 800th anniversary of the Magna Carta as an evocative teaching tool emphasizing the ancient roots of democratic principles and the rule of law. Those efforts will culminate in mid-June, when the association holds its London Sessions and participates with British organizations to commemorate the sealing of the Magna Carta by King John of England on June 15, 1215.

The London Sessions, which open June 11 with a ceremony at Central Hall Westminster followed by a reception at the Middle Temple of the Inns of Court, will run through June 14. A number of ceremonial and social events are scheduled for those four days, including receptions at the Guildhall and the Royal Courts of Justice, and a garden party at Winfield House, the residence of the U.S. ambassador to the United Kingdom, Matthew W. Barzun.

The London Sessions will have a substantive focus as well. The schedule encompasses two plenary sessions and 16 CLE programs, several of which will focus on the legacy of the Magna Carta. One of two featured luncheon speakers will be Cherie Blair, a British barrister, wife of former British Prime Minister Tony Blair and founder of the Cherie Blair Foundation for Women, which supports female entrepreneurs in countries where they lack equal opportunities and access to capital. The other luncheon speaker will be Beatrice Mtetwa, a lawyer in Zimbabwe whose work in the human rights field has been recognized by the ABA and numerous other organizations. (For more on Mtetwa, see “The Most Dangerous Job in Law,” February.)

But without a doubt, the highlight of the ABA’s trip to London will be the June 15 ceremonies commemorating the 800th anniversary of the sealing of the Magna Carta. The event’s British sponsors have confirmed that Queen Elizabeth II will attend, accompanied by Prince Philip, the Duke of Edinburgh, prompting a local newspaper to speculate, without any apparent foundation, on whether U.S. President Barack Obama might also attend.

The ceremonies will include a full dose of pomp and circumstance. Among the events will be a rededication of the ABA’s memorial to the Magna Carta, originally unveiled in 1957 and refurbished in preparation for this anniversary. There are no other memorials to the Magna Carta at Runnymede.

The ceremonies are expected to draw thousands of attendees to Runnymede, a meadow along the banks of the River Thames where King John met with his rebellious barons to resolve a power struggle that threatened to plunge England into civil war. It’s unlikely that anything more than that was on their agenda, but over the Magna Carta’s long and eventful history, it has come to stand for fundamental principles of individual liberties and limits on government power that support constitutional democracy and the rule of law in the United States and other countries around the world. (See “America’s Magna Carta.”)

“The rededication of the memorial is going to be a highlight, but all the events will be special,” says Stephen N. Zack of Miami, a past ABA president who chairs the association’s Magna Carta 2015 Committee. “The London Sessions are very important, not only to discuss principles of Magna Carta but to do so in some of the greatest venues in the world.” Zack is administrative partner at the Miami office of Boies, Schiller & Flexner.

The ABA launched its Magna Carta year last August at the annual meeting in Boston—a fitting location, given that the charter was a key element in the claims by Massachusetts and other colonies against the British government that helped trigger the American Revolution. In Boston, the ABA unveiled a traveling exhibition, Magna Carta: Enduring Legacy 1215-2015, which was developed and curated by the Law Library of Congress in conjunction with the Standing Committee on the Law Library of Congress. The exhibit, which tells the charter’s story using video, documents and images, has been making stops at law schools, courthouses, bar centers, libraries and other venues throughout the United States.

The ABA also unveiled two new books on the Magna Carta’s history and influence. The association partnered with Third Millennium Publishing in London to produce Magna Carta: The Foundation of Freedom 1215-2015, while the Section of International Law sponsored the publication of Magna Carta and the Rule of Law. In March, the ABA launched a new website, Icon of Liberty, to commemorate the 800th anniversary.

Law Day events sponsored by the ABA and other bar associations on May 1 were based on the theme “Magna Carta: Symbol of Freedom Under Law.” The charter “is the very embodiment of the principle that no one, no person—no matter how powerful—is above the law,” said ABA President William C. Hubbard, a partner at Nelson Mullins Riley & Scarborough in Columbia, South Carolina, in his Law Day message on the event’s website. “Let us commemorate this great charter of liberties and rededicate ourselves to advancing the rule of law at home and abroad.”

This article originally appeared in the June 2015 issue of the ABA Journal with this headline: “Where It All Started: Queen Elizabeth II will attend ceremonies at Runnymede commemorating the Magna Carta’s 800th anniversary.”