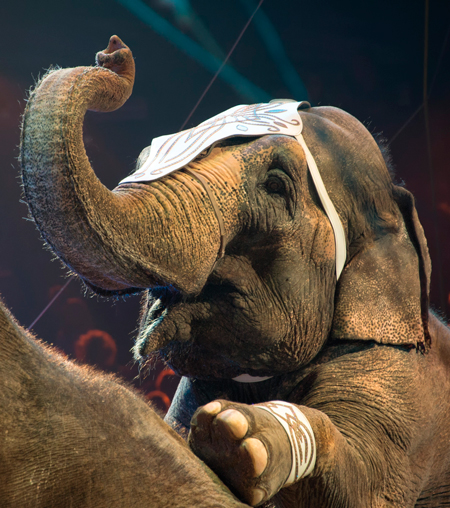 For the animals that performed for the Ringling Bros. and Barnum & Bailey Circus, the show won’t go on. But the operators of dozens of circuses around the country still featuring animals can expect advocates to continue pushing for new laws to prevent abuse or ban such acts altogether.

Ringling Bros. took down its big top for the last time in Uniondale, New York, on May 21 after more than 145 years. “The Greatest Show on Earth”—storied and controversial—came to an end after years of lawsuits, public pressure and measures aimed at ending what animal rights advocates described as systemic abuse of animals, mainly the circus’ elephants and big cats.

Legal efforts to stop Ringling Bros. from alleged mistreatment of animals began in 2000 when a group of animal welfare organizations, along with a former circus employee, brought suit against the circus and its parent company, Feld Entertainment Inc.

The suit, filed in the U.S. District Court for the District of Columbia, claimed that the methods used to train the circus’ Asian elephants were so cruel as to violate the Endangered Species Act—which prohibits “harming,” “harassing” and “wounding” animals belonging to the protected species.

The suit alleged a pattern of objectionable treatment, including beating baby elephants, removing babies from their mothers, keeping elephants confined in chains for as many as 20 hours a day and causing pain with bullhooks as a training technique.

Litigation lasted for nearly a decade and took an unexpected turn. The animal rights advocates lost in federal court, in part because the circus employee who was listed among the plaintiffs was being paid by the animal groups while also serving as a witness.

Ringling countersued, bringing racketeering allegations against the plaintiffs for paying its co-plaintiff. It ended in 2014 with the Humane Society of the United States, the American Society for the Prevention of Cruelty to Animals, the Animal Welfare Institute and other plaintiffs settling on $15.75 million to cover Feld Entertainment’s legal costs.

The beginning of the end

While Ringling Bros. may have felt vindicated, the circus remained in peril because of what came out in earlier lawsuits. In 2011, testimony from the unsuccessful litigation was cited by People for the Ethical Treatment of Animals in a complaint against the circus to the U.S. Department of Agriculture, the federal agency charged with enforcing the Animal Welfare Act.

That complaint led to Feld Entertainment agreeing to pay the USDA $270,000 in fines, though it did not admit wrongdoing or violations of any regulations. In a 2011 statement, CEO Kenneth Feld said he looked forward to working with the USDA to ensure the animals were healthy and received the highest quality of care. “Animal care is always a top priority at Ringling Bros., and we remain committed to complying with all requirements,” Feld said. The bad press would nonetheless take its toll.

Not long after that settlement was announced, cities across the country began enacting animal protection legislation aimed at performance animals. Los Angeles became the first city to ban the use of bullhooks in 2013. Dozens of other communities followed suit, passing similar ordinances; then Rhode Island and California passed statewide bans.

These measures clearly reflected growing public concern about animal mistreatment. A 2015 Gallup poll found that 69 percent of Americans were concerned about the treatment of animals used in the circus. That same year, Ringing Bros. announced it would be phasing the elephants out of its show by 2018 because of changed sensibilities regarding the treatment of animals and an increasingly unfriendly legal landscape.

In January, however, the circus announced that it planned to shut down because of declining ticket sales. “The business model was no longer sustainable for the company,” Feld Entertainment spokesman Stephen Payne says.

This article was first published in the August 2017 ABA Journal magazine with the headline "Not the Last Act: The closing of Ringling Bros. hasn’t stopped advocates from trying to ban performing animals at other circuses."