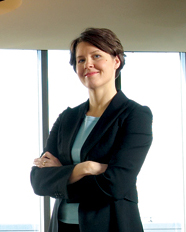 It rakes in billions of dollars annually. It’s widely used by businesses of all sizes throughout the U.S. It’s the foundation of one of the nation’s biggest and most successful companies.

Unfortunately, this money machine—Internet keyword advertising—may not be completely legal. Many keyword ads may infringe trademark rights. But no one yet knows for sure.

Keyword ads appear on search engine websites in response to terms entered by users. If a user types in the words airline tickets, for instance, Google provides a long list of results plus a variety of keyword ads—online listings from companies that pay to have their websites listed when a user searches for airline tickets.

If a generic term is used to trigger ads, there’s no legal problem. But if the ads are triggered when a user types in a trademarked term like Continental Airlines, that constitutes trademark infringement, even when the trademark does not appear in the text of the ad, according to many businesses and trademark attorneys.

Other legal experts disagree, and the current legal situation is thoroughly confused. The federal trademark statute is ambiguous when it comes to keyword ads. The courts have issued a welter of conflicting rulings. One state legislature passed a law to provide clear rules—and then repealed it.

“It would be nice to have some resolution of these issues,” says attorney Kristine Boylan, who is with Merchant & Gould in Minneapolis and chairs the Trademarks and Unfair Competition Committee of the ABA Section of Intellectual Property Law. “I’d like to see some predictability, so we can advise our clients … what they can and can’t do.”

The threshold issue is whether using a trademark to trigger an online ad constitutes using the mark in commerce. Such a “use in commerce” is a prerequisite for finding infringement under the Lanham Act, the federal trademark law.

But because the Lanham Act, first passed in 1946, was not written with the Internet in mind, it does not explicitly state whether using a mark to trigger an online ad constitutes using the mark in commerce. “The statute is inherently ambiguous,” says Eric Goldman, director of the High Tech Law Institute at Santa Clara University School of Law.

Nor have the courts been able to resolve it. “The courts are pretty evenly split down the middle on this,” says Goldman. “There are about 10 decisions on each side.”

The rulings show a pattern, however: Courts outside the New York City-based 2nd U.S. Circuit Court of Appeals have ruled regularly that using trademarks to trigger online ads is a use in commerce. Courts within the 2nd Circuit have consistently ruled there is no use in commerce, following the reasoning in 1-800 Contacts Inc. v. WhenU.com Inc., 414 F.3d 400 (2005).

That seminal case focused on the legality of dis­playing pop-up ads in response to users’ online activities. A 2nd Circuit panel ruled there was no trademark infringement, because WhenU’s software simply used 1-800’s supposed trademarks internally to generate pop-up ads—thus, no use in commerce.

“A company’s internal utilization of a trademark in a way that does not communicate it to the public is analogous to an individual’s private thoughts about a trademark,” the court said.

Although the court explicitly stated it was not expressing any views on the legality of keyword ads, district courts in the 2nd Circuit nevertheless have relied on the reasoning in WhenU to find there is no use in commerce when a trademark triggers a keyword ad.

That may change, however. The 2nd Circuit was scheduled to hear oral arguments last month in Rescuecom Corp. v. Google Inc., No. 06-4881-CV, which squarely presents the issue. If the court finds a use in commerce, the circuit split will end and a main issue regarding keyword ads could finally be resolved.

Meanwhile, the ABA might get involved in the debate. A subcommittee in the association’s IP Section had been considering resolutions to propose to the section’s policy-making body that would declare that using a trademark to trigger keyword ads constitutes use in commerce. The draft resolutions had generated controversy, and it is unclear what resolutions, if any, the subcommittee will wind up proposing to the IP Section.

KEY TO THE FRACAS

Besides use in commerce, another vexing issue is whether keyword ads create consumer confusion. To be infringing, the use of a mark must be likely to confuse consumers as to the source or sponsorship of some goods or services.

“The real fight isn’t about use in commerce. It is about consumer confusion, which is the touchstone of trademark law,” says Terence Ross, an IP litigator at Gibson, Dunn & Crutcher in Washington, D.C., who represents American Airlines in a closely watched keyword ad suit against Google. “All these [keyword ad] cases will turn on the level of consumer confusion that can be proven.”

Supporters of keyword ads say there is no confusion because the ads are labeled as such and are separated from the search engine’s organic search results. “We feel that users are savvy, and they know that the results on a page aren’t all organic search results,” says Rose Hagan, Google’s man­aging counsel for trademarks in Mountain View, Calif.

So far, the courts agree. For instance, in Government Employees Insurance Co. v. Google, 77 U.S.P.Q.2d 1841 (E.D. Va. 2005) the trial court threw out insurance giant GEICO’s keyword ad claims. The court ruled the company had failed to prove that Google users were likely to be confused as to whether the sponsored links were in some way connected with or sponsored by GEICO.

Another court went further, throwing out an in­fringement suit on a summary judgment motion. J.G. Wentworth v. Settlement Funding, No. 06-0597 (E.D. Pa. Jan. 4, 2007). The court stated, “Due to the separate and distinct nature of the links created on any of the search results pages in question, potential consumers have no opportunity to confuse defendant’s services, goods, advertisements, links or websites for those of plaintiff.” It concluded “no reasonable fact finder could find a likelihood of confusion.”

Ross, however, asserts that the likelihood of confusion is a question of fact, to be determined case by case. “What matters is, can you show confusion in the individual case?” he says. “I have no doubt in our case that we can show a high level of consumer confusion.”

One state had pioneered a new method of addressing the keyword ad problem. Utah’s 2007 Trade­mark Protection Act allowed any business to register its trademark or service mark as an “electronic registration mark.” If any such registered mark were used to trigger a keyword ad, the statute would impose civil liability on both the search engine and the advertiser who purchased the keyword ad. The mark’s owner could obtain the same remedies as for a violation of state trademark law.

This simple statutory solution, however, ran into trouble. For starters, there were questions about whether the law was constitutional. Because the statute would have effectively regulated keyword ads throughout the country, many experts said the statute was an unconstitutional violation of the “dormant commerce clause.” Utah’s Office of Legislative Research and General Counsel told the legislature, before the law’s passage, that there was a high probability the statute would be held unconstitutional.

The statute also faced a huge practical problem. Utah’s Commerce Department did not set up the registry of electronic marks—a delay caused in part by a dispute between the agency and legislators about whether the government or a private company should set it up.

Meanwhile, some powerful businesses—including Microsoft, Google, AOL and Yahoo—lobbied the legislature for a major rewrite.

“We were told a few months ago that the law was being revised,” says Francine Giani, Commerce Depart­ment executive director. “We’ve been asked to hold things until it goes through.”

The revised version went through early this year. Signed by Gov. Jon Huntsman Jr. in March, the new statute strips the keyword ad provisions from state law. “It is a complete 180 and a reversion to the status quo,” Goldman says.

No other state has attempted to regulate keyword ads. Nor has Congress made any significant moves to address this issue. It appears that the legality of keyword ads will be decided in the courts. And it remains far from clear what the courts’ ultimate verdict will be.