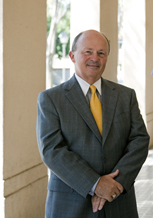 The ABA section of legal education and admissions to the Bar is still in the early stages of evaluating the rules and procedures it uses to accredit law schools in the United States. But the section already has signaled that it is looking at major changes in the accreditation process.

So far, it appears that the most significant change in the ABA Standards for Approval of Law Schools is likely to be a move away from evaluating programs on the basis of criteria that measure “input”—such things as faculty size, budget and physical operations, along with what a school teaches, and how.

Instead, the legal education section is planning to evaluate law schools more closely on the basis of “outcome” measures that focus on what students actually take away from their educational experience and how it translates into actual legal skills as they enter practice.

Shifting the emphasis of the accreditation standards to outcomes could cause many law schools to rethink how they seek to achieve an appropriate balance between substantive knowledge, legal analysis, practice skills and ethics, which are widely viewed as the key pillars to legal education.

“It is a sea change to tell law schools you should focus more on outcomes as measures,” said Steven C. Bahls at a program held in May during the ABA Na­tional Conference on Professional Respon­si­bil­ity. Bahls, the president of Augustana College in Rock Island, Ill., heads up the effort to develop outcome assessment guidelines for the Standards Review Committee of the legal education section.

Draft standards aren’t expected to be ready for outside review and comment until sometime in 2010, but early reactions from the law school community have been “very, very mixed,” says Donald J. Polden, the dean of Santa Clara University School of Law, who chairs the Standards Review Committee.

Polden says the legal education section’s council, which has final authority over the ABA accreditation standards for law schools, already has expressed a preference for more emphasis on output measures. The council directed the review committee to incorporate recommendations in a report on outcome measures (PDF) delivered in 2008 by a special committee. (Two other special committees studied how to make the accreditation process more transparent, as well as issues relating to “security of position” for faculty members at law schools, including tenure structures. The Standards Review Committee is looking at both issues.)

Some law schools already have adapted their curricula and teaching methods to identify and emphasize what every graduate should know in the core areas. But Polden says there also is concern in the law school community about how learning outcomes can be measured.

“Input measures will still be part of the review process,” says Polden. “Some reactions have been that we’re moving away from that. That’s not accurate.”

Polden also downplays the notion that moving toward a greater emphasis on output measures in the law school approval standards represents a sudden shift in emphasis by the legal education section. Rather, he says, “it’s a natural outcome of the process we’ve gone through” in legal education. If anything, “we’re not part of the mainstream right now” since outcome measures already are the norm for accrediting bodies in other disciplines, including medicine, dentistry, pharmacy and architecture.

And this may be a good time for legal educators to give more thought to how they prepare students for the real world, Polden suggests.

The review of standards is occurring during “a very complicated time for the legal profession,” says Polden. “When tuition is really quite high, schools need to be able to assure students that they will gain discipline-specific skills and knowledge.” He notes that law firms and other legal employers are already looking for law graduates who need minimal initial training.

The review of the accreditation standards also is taking place during a somewhat complicated time for the legal education section itself. Since 1952, the section has been recognized by the U.S. Department of Education as the national accrediting agency for law schools. The section accredited 200 U.S. law schools with a total enrollment of just over 152,000 during the 2008-09 academic year.

The Education Department requires accrediting agencies to evaluate their rules and procedures on a regular basis. The legal education section performs that task every five years. The most recent review was initiated in 2003 and completed in 2006. The current review began in 2008 and is scheduled to be completed in 2011. The revised standards will be approved by the section’s council after an extended process of drafting, comments and hearings, and redrafting.

Moreover, the Education Depart­ment’s own process of deciding every five years whether to extend its recognition of accrediting agencies has come to a standstill, leaving the status of the ABA’s legal education section and other accrediting bodies up in the air.

Since 2000, the section has performed its accreditation function outside normal ABA governance. Education Department rules prohibit a trade or professional association from being directly involved in the accreditation process. That means, for instance, that the council of the legal education section has final authority over law school accreditation standards. The ABA House of Delegates, which sets association policy, may only vote whether to concur in section decisions.

The legal education section last came up for review in 2006 amid some controversy over a revision in the Standards for Approval of Law Schools. A revised Standard 212 states that “a law school shall demonstrate by concrete action a commitment to having a faculty and staff that are diverse with respect to gender, race and ethnicity.” An Education Depart­ment staff report contended that the revised standard was “vague and ambiguous.” As a result, a department advisory committee deferred final consideration to then-Education Secretary Margaret Spellings and extended recognition of the legal education section as an accrediting agency for only 18 months instead of a full five years.

A PROCESS ON HOLD

Follow-up hearings were delayed, and then came the 2008 U.S. Presidential election. The Education Department’s National Advisory Committee on Institutional Quality and Integrity hasn’t been fully reappointed. As a result, it’s unlikely that the legal education section will come up for review of its status as an accrediting agency until at least mid-2010, according to Hulett H. “Bucky” Askew, the ABA consultant on legal education who works closely with the section.

Neither the legal education section nor other accrediting agencies have received any indication from the Education Depart­ment about when the process might resume. “We haven’t heard anything,” Askew says. “We’re all in sort of a wait-and-see position.”

The latest piece of the puzzle, at least for now, is a report from the ABA Accreditation Task Force to the Board of Governors. Its report was expected to be considered by the Board at its meeting Oct. 29-31 in Manchester Village, Vt. The task force was created in 2008 by then-ABA President William H. Neukom, who is now managing general partner of the San Francisco Giants baseball franchise.

Because of the Education Department’s rules against direct ABA involvement in law school accreditation, there was some question as to what could be recommended.

“We were in a little bit of a dilemma about what the scope of our work should be,” says task force chair Talbot “Sandy” D’Alemberte, a past ABA president and former president of Florida State University in Tallahassee. He is now a professor at Florida State’s College of Law.

As a result, says D’Alemberte, the task force focused primarily on chronicling the ongoing relations between the legal education section and the Education Depart­ment, and reviewing various operations of the section. The task force report, however, contains no dramatic recommendations, he says.