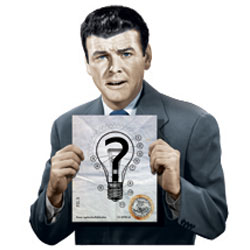 Dubbed “patent privateering,” the practice involves small companies whose only business operation is purchasing patents from megacorporations for the sole purpose of filing infringement lawsuits. It’s a variation on patent trolling, but in these cases, terms of sale provide that the small, surrogate companies (sometimes called patent aggregators) share any damage awards, royalties or settlements with the previous patent owner. With more than 4,000 patent suits filed last year, the potential financial upside is huge. Previously frowned upon, patent privateering is legal and has blossomed into a bona fide cottage industry worth billions.

Supporters of the practice suggest that it’s simply a cost-effective way to outsource patent litigation. Indeed, patent privateering is just the “newest pejorative” applied to legitimate businesses, says Ron Epstein of Redwood City, Calif.-based Epicenter IP Group, which serves as a broker between companies wanting to buy and sell patents. Epstein calls the putdown of privateering “Rovian—after Karl Rove—in its attempt to use raw emotional appeal to replace debate.”

But critics complain that because patent collectors don’t practice or manufacture the patents they assert, they can strong-arm alleged infringers into expensive licenses and, if they ultimately sue, stay immune from retaliatory litigation. In turn, the large companies (the sellers of the patents) share the spoils while avoiding the onus of bad press or any cost associated with being a nitpicking patent enforcer. Big corporations may obtain other indirect benefits from unloading patents to a privateer, including a competitor’s drop in valuation or stifling the innovation of a competing startup. As a result, some argue this practice is abusive, anticompetitive and contrary to the spirit of the patent system.

“It’s an abuse of the patent system,” says Chris Ottenweller, an IP litigator at Orrick, Herrington & Sutcliffe in Menlo Park, Calif., who represents many high-tech companies. “Patents weren’t intended to create investment opportunities, and companies aren’t meant to use patents like they’re poker chips.” Rather, he explains, patent protection was established to foster innovation and provide recognition and financial reward to inventors. “The underlying idea is to spur innovation and creative thinking, but this practice conflicts with that,” Ottenweller adds. “It turns patents not into vehicles to spur innovation but into vehicles for people who had no involvement in the creative process to make money off of someone else’s invention.”

Patent privateering has grown controversial enough that a joint task force of the Department of Justice and the antitrust arm of the Federal Trade Commission met in December in Washington, D.C., to analyze the practice’s competitive impact. A panel of professors, corporate professionals and attorneys discussed what the task force has termed “patent assertion entities,” companies whose business model is to buy patents and generate revenue through litigation or licensing. Already, more than 60 percent of patent litigation is brought by patent assertion entities, panelists suggested. While some industry professionals worry that PAEs divert precious funds into litigation, others insist that patents would go unenforced without PAEs and that, considering the economies of scale, they actually drive down the cost of patent enforcement. One live tweet from the Washington event read: “Conflicting narratives on PAEs, do they spur invention or are they a tax on innovation?”

In his opening remarks at the conference, Jon Leibowitz, then the chairman of the FTC, noted that supporters of the PAE business model believe it promotes invention and investment in research and development by reducing transaction costs, managing the risks of monetizing inventions, maximizing revenue and compensating small inventors. But, Leibowitz added, “not surprisingly, others believe that PAE activity imposes a ‘tax on innovation,’ undermining the incentives to engage in R&D. Detractors also raise concerns about operating companies transferring IP to PAEs as a means of raising rivals’ costs. If that is actually happening—perhaps because of asymmetries of information and liability—it would seem, well, kind of unsavory.”

While patents themselves must be transparent (per the strict standards of the U.S. Patent and Trademark Office), patent ownership need not. In recent years, patent aggregators have taken to forming subsidiaries or shell companies, often with a different name reflecting the patent’s technology—a practice that some argue is meant not only to distort associations with the original patent owner but also to keep the patent aggregator’s name out of court pleadings. That makes it challenging for defendants, judges and juries to determine who, exactly, owns a patent. That benefits the so-called sponsor company, which might otherwise be vulnerable to charges of antitrust or tortious interference with business.

“The principal targets [of suits by patent aggregators] are high-tech companies who’ve spent millions and billions on research and development,” says Ottenweller, who adds that there’s “no question” his clients are concerned about this growing practice. “They’re being threatened to sue by investment companies whose sole purpose is trying to extract royalties. It’s bad for the economy and for the patent system.”

Yet to others, patent licensing is a business akin to selling cars or developing and selling pharmaceuticals. “Patents are a financial and strategic asset like capital, people, equipment and real estate. They need to be managed,” Epstein says.

ASSETS PUT TO USE (OR ABUSE)

Few companies have been able to attend successfully to both their core business and to commercializing patents, according to Epstein. Only large companies—IBM and AT&T, for example—are successful at it; most put their patent assets on the back burner, adds Epstein, who attended the task force meeting in Washington.

But companies started realizing they were wasting those IP assets. The patents they owned languished until they realized they should find a way to monetize those patents. Privateering became a way to achieve that. “They had to use ’em or move on—just like if they owned real estate,” Epstein says.

In the last seven years, Epstein’s firm has brokered more than 120 patent transactions worth $400 million. Usually, he explains, companies are selling patents as part of a plan to right-size their IP portfolios or as a strategic plan to impact competitors.

But getting patent aggregators to do the enforcement dirty work is not a foolproof way to monetize intellectual property, says Bijal Vakil, a partner at White & Case in Palo Alto, Calif., whose practice focuses on IP defense, strategic counseling and technology licensing. When large companies keep a share of litigation or licensing proceeds, they’ll usually demand input regarding patent counsel and other litigation strategies, according to Vakil. And the patent’s inventor may still work at that company, making it vulnerable to countersuits. Because there’s usually a lot of coordination between the original patent owner and the patent aggregator, defendants can “pierce that veil quite quickly,” Vakil says.

Ottenweller says that many of his clients have chosen to defend infringement litigation brought by patent privateers. Other clients have approached Congress. “Some argue that losing PAEs should pay the defendant’s attorney fees, which would shift the expense from the successful defendant to the losing PAE, discouraging baseless infringement suits by privateers. Also, requiring disclosure of any entity with a financial interest in the outcome of a suit “would eliminate the secrecy that shrouds these transactions and lawsuits,” Ottenweller says.