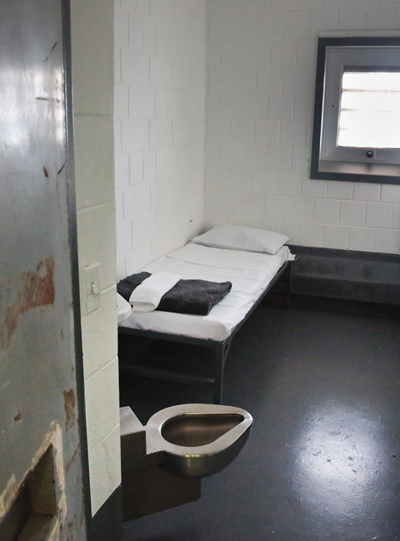 Gary C. Mohr, the director of the Ohio Department of Rehabilitation and Correction, was on the phone with Tom Clements, his counterpart in Colorado, the day before Clements was murdered by a man who had just been released directly from solitary confinement into the community.

The topic of their conversation? How to address public safety concerns, including the high numbers of inmates released from solitary confinement in both their states without intervention.

Mohr and other experts say the 2013 murder of Clements, who was known for his reform efforts, was a galvanizing factor in a growing nationwide movement that seeks to reduce excessive reliance on solitary confinement, also known as restrictive or segregated housing.

The United Nations special rapporteur on torture defines solitary confinement as holding someone in isolation for at least 22 hours a day, a practice known to have harmful effects on mental and physical health. The U.N. calls for an outright ban on solitary confinement that is indefinite or lasts more than 15 days.

The ABA’s Governmental Affairs Office has testified before Congress about the detrimental effects of the practice, and the ABA Criminal Justice Standards on the Treatment of Prisoners state: “Segregated housing should be for the briefest term and under the least restrictive conditions practicable.”

Nevertheless, at least 67,442 people were being held in such conditions for 15 days or more in the United States in fall 2015, according to a Yale/ASCA study. This year, a lawsuit was filed on behalf of Louisiana death row inmates who are automatically placed in solitary. One plaintiff has been isolated for more than 30 years.

Amy Fettig, deputy director of the American Civil Liberties Union’s National Prison Project, says such statistics have helped propel the movement to reduce such housing. “Solitary confinement would not have developed the way it did in this country if the sunshine had been let in [earlier],” Fettig says.

Today, there is a growing awareness of the harms of solitary confinement. In March, TV station Spike aired a documentary on Kalief Browder, a 16-year-old charged in 2010 with stealing a backpack who spent three years at Rikers Island—two in solitary—without facing trial. Eventually, the charges were dismissed. But after he was released, Browder committed suicide in 2015. He was 22.

Like Clements’ case, Browder’s rose quickly to the top of high-level conversations about restrictive housing abuse. Last year, President Barack Obama cited Browder when he banned solitary confinement for juveniles in federal prisons. Justice Anthony M. Kennedy did, too, in a 2015 concurring opinion that asked whether “workable alternative systems for long-term confinement exist and, if so, whether a correctional system should be required to adopt them.”

Big changes are already in progress. Last year, the American Correctional Association (Mohr is president-elect) adopted standards to regulate the use of solitary confinement. Litigation in California and New York, led by advocates and teams working pro bono from Weil, Gotshal & Manges and Morrison & Foerster, respectively, resulted in sweeping reforms in those states’ prison systems. New York City Mayor Bill de Blasio has banned the use of solitary confinement for inmates who are 21 and younger.

In Connecticut, first-of-its-kind legislation was introduced earlier this year to codify many steps the state has taken to voluntarily reduce the number of inmates in solitary confinement. Since 2003, the number of inmates in solitary has decreased from more than 200 to fewer than 40. The ACLU of Connecticut expected the bill, H.B. 7302, to be voted on in the full legislature by the end of May.

“We’re in a really amazing place in terms of reform,” says David J. McGuire, executive director of the ACLU of Connecticut, which has worked with the prison system there.

In some cases, the only opposition to such efforts has come from corrections officers who argue that they are less safe without the threat of restrictive housing.

Leann Bertsch, the director of the North Dakota Department of Corrections and Rehabilitation and a former prosecutor, says she faced pushback when she began making changes. “It’s easy to always take the risk-averse choice—‘Someone’s not behaving perfectly? Put them in solitary,’ ” she says. “But we’re the department of corrections. We’re not actually correcting behavior when we do that.”

This article appeared in the June 2017 issue of the ABA Journal with the headline "Tearing Down Walls: Challenges to solitary confinement are effecting change."