Some places are still off-limits for selfies 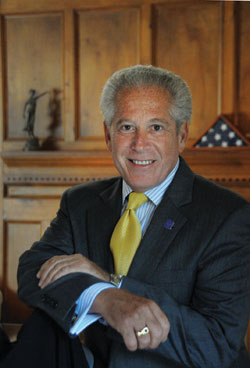 Next time you’re tempted to snap a selfie, you might want to first check with Mickey Osterreicher.

Osterreicher, who serves as general counsel to the National Press Photographers Association, says that the new generation of smartphone-enabled photography enthusiasts might be surprised to learn that they can get themselves in trouble for taking pictures in certain places.

Airplanes can be especially troublesome for impromptu selfies. Buried in the fine print in most inflight airline magazines is a prohibition on taking pictures on planes.

Osterreicher acquired this knowledge after decades working as a Buffalo, New York-based photojournalist covering everything from political conventions to professional sports and rubbing elbows with the likes of Harvey Weinstein, Wolf Blitzer and NFL quarterback Jim Kelly.

The Bronx-raised son of a Holocaust survivor who grew up reading the New York Daily News (what he calls “New York’s picture newspaper”), Osterreicher got his start in photojournalism when his college newspaper ran a photo he took at a Roberta Flack concert. His print and television work appeared in Newsweek and the New York Times, and on Nightline and ESPN. Over time, he discovered that his favorite assignments centered around the criminal justice system and, eventually, he and a fellow reporter decided to attend law school together.

After graduation day, Osterreicher maintained both law and journalism careers. But a few years later, he took a buyout from the TV station where he’d been working and became a full-time lawyer, handling “whatever came through the door,” including family law, wills and estates, and media law matters. Not surprisingly, media access—including disputes over cameras in the courtroom—became his focus and he parlayed that expertise into his gig at the National Press Photographers Association.

“I very much enjoy being an advocate on behalf of photojournalists,” says Osterreicher, who was recently elected to the governing board of the ABA’s Forum on Communications Law and helped draft parts of the New York State Bar Association’s handbook for journalists. In addition to advocating for media access, he assists the NPPA “on the back end, when people think the Internet is public domain and use photographs without credit, permission or compensation to the photographer.”

Osterreicher says discretion is the best advice next time you’re dying to shoot a selfie or wing shot in the air on the way to your next deposition or client meeting.

And if you’re asked by a flight attendant to stop with the selfies, don’t argue.

This article originally appeared in the September 2014 issue of the ABA Journal with this headline: “The Law of Selfies: Photographer-turned-lawyer says some places are still off-limits for shutterbugs.”