Standing by Its Flexible Standards 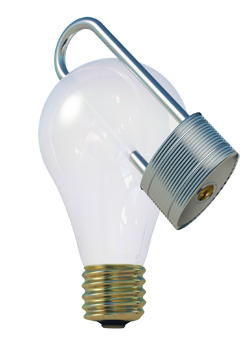 When, on the last day of its term, the U.S. Supreme Court handed down its long-awaited ruling in Bilski v. Kappos, many patent owners and their legal counsel breathed a sigh of relief.

In a 5-4 vote, the court declined to impose sweeping new restrictions on the types of inventions that can be patented. The court instead reaffirmed its traditional approach to patent eligibility.

“Rather than adopting categorical rules that might have wide-ranging and unforeseen impacts, the court resolves this case narrowly on the basis of [prior decisions that] show that petitioners’ claims are not patent able processes because they are attempts to patent abstract ideas,” Justice Anthony M. Kennedy wrote in the majority opinion.

The court, however, offered little guidance on how lower courts and the U.S. Patent and Trademark Office should apply the “abstract idea” limit.

“The decision was disappointing because there was not even a hint of a guideline for what is an abstract idea and what isn’t,” says Samson Helfgott, a partner in the New York City office of Katten Muchin Rosenman and a council member of the ABA Section of Intellectual Property Law.

The result, according to many experts, will be confusion—and a lot of litigation—as the courts and the PTO attempt to determine, on a case-by-case basis, which business methods, diagnostic methods and other inventions are too abstract to be patentable.

“It will mean more money for patent litigators,” Helfgott says. “I’m looking forward to a whole host of new arguments over what is and isn’t an abstract idea.”

The invention at issue in Bilski was a broad method of doing business. Bernard Bilski sought to patent, according to Kennedy, “both the concept of hedging risk and the application of that concept to energy markets.” Kennedy added, “All members of the court agree that the patent application … claims an abstract idea” and is thus unpatentable.

Four justices, however, wanted to take it further. Retiring Justice John Paul Stevens—in a lengthy opinion that was joined by Justices Ruth Bader Ginsburg, Stephen G. Breyer and Sonia Sotomayor—asserted that “business methods are not patentable.”

The court came extremely close to adopting this position, according to a number of experts. “Justice Stevens’ concurrence reads like a majority opinion,” says Rochelle Dreyfuss, a professor at New York University School of Law. “It looks to me like the four concurring justices thought they had a majority, and somebody jumped ship.”

The jumper could possibly have been Justice Antonin Scalia, who joined most, but not all, of Kennedy’s majority opinion. That opinion was joined fully only by Chief Justice John G. Roberts Jr., and Justices Clarence Thomas and Samuel A. Alito Jr. Breyer wrote a separate concurrence, which Scalia also joined in part.

Bilski continues the trend of recent Supreme Court patent decisions, which reject bright-line tests in favor of flexible standards. The court in this case not only rejected a categorical exclusion of business method patents, but also two tests for patentability created by the U.S. Court of Appeals for the Federal Circuit.

The Federal Circuit held en banc in 2008 that a process was patentable only if “(1) it is tied to a particular machine or apparatus, or (2) it transforms a particular article into a different state or thing.”

The Supreme Court in Bilski unanimously rejected this standard. All the justices’ opinions stated that the so-called “machine-or-transfor mation test” is a useful tool for determining whether a process is patentable, but it cannot be used as the sole test.

Before 2008, the Federal Circuit had enunciated a different standard for patentability. In a famous 1998 ruling, State Street Bank & Trust v. Signature Financial Group Inc., a Federal Circuit panel stated that a process is patentable so long as it creates a “useful, concrete and tangible result.” This test was criticized in both Stevens’ and Breyer’s opinions in Bilski. Stevens stated that “it would be a grave mistake to assume that anything with a ‘useful, concrete and tangible result’ … may be patented.”

Breyer, writing for himself and a fifth justice, Scalia, savaged the test, writing that its application resulted in “the granting of patents that ‘ranged from the somewhat ridiculous to the truly absurd.’ ” Because five justices are strongly against the State Street test, the Federal Circuit is unlikely to revive it, most experts agree.

The PTO has responded swiftly to Bilski. on the same day the Supreme Court issued its ruling, the office issued an interim guidance to its examiners on how to apply the ruling. If a claim passes the machine-or-transformation test, it is patent-eligible (unless there is “a clear indication” the claim is an abstract idea). If a claim fails the machine-or-transformation test, it is unpatentable (unless there is a clear indication that the claim is not an abstract idea); and if a claim is rejected on this basis, the applicant will have an opportunity to explain why the claimed method is not merely an abstract idea.

This guidance applies to business methods, diagnostic methods and other inventions that don’t involve any machinery, according to Robert W. Bahr, acting associate commissioner for patent examination policy. It will also, he says, apply to software claims, computer-implemented inventions and any other type of invention that might be considered an abstract idea.

Although Bilski eases the requirements for patent applicants by striking down the Federal Circuit’s machine- or-transformation test, it remains prudent for patent prosecutors to draft claims satisfying this test.

“If I were drafting claims, I would certainly take advantage of the fact that the Supreme Court said the machine-or-transformation test is an important clue” to patentability, says Nancy J. Linck, a member of the Washington, D.C., firm Rothwell, Figg, Ernst & Man beck and a council member of the ABA Section of Intellectual Property Law.