I Shoulda Been a Doctor

Practicing lawyers aren’t the only ones feeling the recession’s pinch. The economy also is affecting law school recruiting, according to NALP. Based on fall 2008 recruiting at the nation’s law schools, the market for entry-level legal employment has tightened drastically. Across employers of all sizes, the median number of offers extended by member law firms dropped to 10 in the fall of 2008 from 15 in 2007. At firms with more than 700 lawyers, the median number of offers dropped from 30 to 18.5, and the percentage of callback interviews resulting in job offers dropped to 46 percent from 60 percent. Acceptance rates, by contrast, jumped to 32.5 percent—the highest since 2002.

Anyone Need a Lawyer? 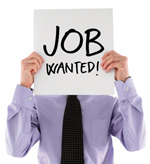 There may be a good reason why law students are having such a tough time finding jobs: Practicing lawyers are finding less demand for their services.

Demand for legal services dropped precipitously in the last quarter of 2008. Firms reported a -6.6 percent demand growth for their services when compared to the fourth quarter of 2007. Source: Hildebrandt Peer Monitor Index Q4 ’08 Executive Report (Feb. 2, 2009).

The once almighty corporate lawyer has been dethroned by the bankruptcy adviser. Demand for corporate legal services has fallen by some 12.9 percent in the last quarter of 2008 compared to 2007.

Litigators continue to report a downward demand for their services, with a decline of almost 4 percent compared to the last quarter of 2007. 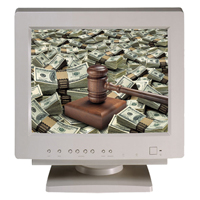 Renewable energy sources are fueling mergers and acquisitions deals, especially in the wind and solar power sectors. Renewable energy—wind, solar and hydro power—now accounts for one-tenth of M&A value in the overall power sector, with some 441 deals announced over the last two years valued at more than $70 billion.