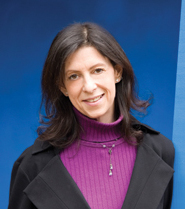 Diane Leigh Davison is determined to provide a better experience for her interns than she had in her first law school internship.

“When I went to work at a large firm, the division I worked in had never had an intern, so they didn’t know what to do with me,” says Davison, who operates her solo practice out of her home in Baltimore. “For my first three months, I basically twiddled my thumbs and watched them work. I had to suggest things for me to do.”

Not so at Davison’s shop. To give her interns the level of learning expe­rience she feels they deserve—one that provides maximum edu­cational value, since the internships she offers are unpaid—she relies heavily on a technique called “shadowing.”

“I say, ‘You’re going to do everything I do. We’ll both answer phones, but I’ll also dump legal work on you. Some of your time will be spent watching what I do, and you may think you’re not getting anything out of it. But trust me: If you’re smart enough to glean the information, you’ll glean it,’ ” she says. “I don’t pay them, so I want to respect them.”

“For the first couple of weeks, we have them ride down to court with and shadow a lawyer until they know all of our lawyers and their nuances, how we talk to clients, and our pro­cedure for each stage of the process,” Koffel says.

“When they’re up and running, each morning they’ll get a text or phone call from one of our lawyers, who tells them the place they’ll meet and the game plan for the day.”

Work is more project-based at Biersdorf & Associates, a Minneapolis firm that specializes in eminent domain matters. “We identify projects that we need done and make sure we have the parameters of each project defined when the clerk comes on board,” says lead attorney Dan Biersdorf. Because most of the work involves research, the firm allows clerks to work anywhere and anytime. But Biersdorf makes sure they have a point person to go to with questions, typically a senior associate who’s computer proficient and knows the details of each project better than Biersdorf.

But making sure interns have enough work to do can be a challenge.

At Scott Yung in Dallas, the firm’s four attorneys set aside potential projects well before interns start, according to Andrew Yung, the firm’s managing partner. If there’s a workload lull, Yung puts them to work helping to build the firm’s business. “You can always find things for them to do, even if it’s not billable work,” he says. “It can be writing articles or doing other rainmaking that will pay dividends in the long run.”

At Koffel’s firm, time is also set aside for feedback, which is often given face to face. “We have two levels of feedback,” Koffel says. “At the end of the day, we congregate in an office and talk about the day. We’ll mention to associates how they handled things and solicit their input. We’ll say, ‘Instead of doing something that way, it’s better to do it this way.’ ”

The firm also does exit interviews. “At the end of the summer, summers will debrief me on their experience,” Koffel says. “I ask for their feedback, along with what they were pleasant­ly surprised about and what they weren’t so pleasantly surprised with.”

Having law students on board can be time-consuming for small-firm law­yers, but most are happy to help teach tomorrow’s lawyers. “Sometimes you spent twice as much time doing something that could have taken 10 minutes,” Davison says. “But part of doing it is giving back. I try to give my students a real-world application of what they’re learning.”