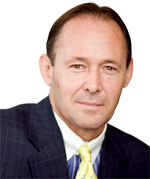 The rise of “Asian Tigers,” those Pacific Rim nations with ex­­­plo­sive growth, started in the 1960s, creating a growing class of wealthy Asians who have had little experience in managing money for their families’ futures.

Meanwhile, most of the “worldwide best practices” for family wealth management were developed in the U.S., says Thomas Handler, the managing principal of Handler, Thayer & Duggan in Chicago, and that knowledge base is creating new opportunities for American law firms abroad. The law firm describes itself as “dedicated to rendering superior, technologically current and innovative professional services to affluent families, family offices and privately held companies.”

Most of the family wealth in Asia is a result of post-World War II capitalism. Because in­dividuals and families haven’t had this kind of affluence for generations, they have no precedent on which to lean in their own countries and are looking for outside expertise.

Families in Europe, of course, have had wealth for generations, but they have been less likely to sell family businesses and leave the family fold than offspring in United States, so there is less experience with succession planning and wealth planning, Handler says.

“Families here in the States do not seem to be as hampered by the taboo of selling a family business,” says Tom Livergood, CEO of the Family Wealth Alliance in Wheaton, Ill.

In a study of Asian family businesses commissioned by ABN AMRO Private Banking in 2006, 52 percent of respondents involved the next generation in business planning, but only 42 percent had the younger generation involved in wealth planning.

Handler Thayer got its start in Asian family business wealth management with an isolated cli­ent, a Japanese billionaire, in 1988. Through referrals and expansion, business has grown exponentially over the last decade, Handler says. Ten years ago the firm might have had 20 hits on its website per month from foreign countries. Now, it gets 100 to 250 a month from 30 to 50 different countries.

Some of that growth, of course, is due to increased use of the Internet, but some is due to a concerted effort to share U.S. expertise in family busi­nesses with the Asian market. There have been an increasing number of conferences held in Asia over the last several years giving Asian families ideas of their options. And there are those in the Pacific Rim who are trying to start an Asian fam­ily office association to provide ad­ditional resources to families, as the Family Wealth Alliance does in the U.S.

The issues these families face, Handler says, include “avoiding all the things that wipe out wealth,” which often stem from poor planning for estate taxes, inheritance and business succession. They also need other risk-management and phi­lanthropy guidance. In addition, Livergood says, there may be concerns about a country taking over an individual’s assets, and foreign clients want to make sure their assets are in safe locations.

Cultural issues present additional challenges. In general, these families are intensely private and have reservations when dealing with an adviser who is not from their country of origin.

There is a learning curve for U.S. attorneys, too. Many Asian countries, Handler says, have the codified tradi­tions of civil law, rather than English common law, and civil-law countries often do not recog­nize trusts.

“There are open, thorny issues and you do not want to violate an individual country’s tax laws,” he says. For example, in the United States, once a foundation is established, it can only benefit a chari­table organ­ization. Whether in the short term or long term, it all goes to charity.

In Lichtenstein, one can set up a foundation and the foundation can avoid paying taxes, but down the road the charitable recipient can be revoked, in clear conflict with U.S. law, Handler says.

“I think it takes a team approach,” Livergood says. “You need to understand some of the local issues and also global investing. A team approach, with private bankers and law firms together, is best to deal with this every day.”

Adds Handler: “I think we are really at the front end of the curve on this. It is kind of fun. It is a big market with a lot of demand and it is just getting warmed up.”