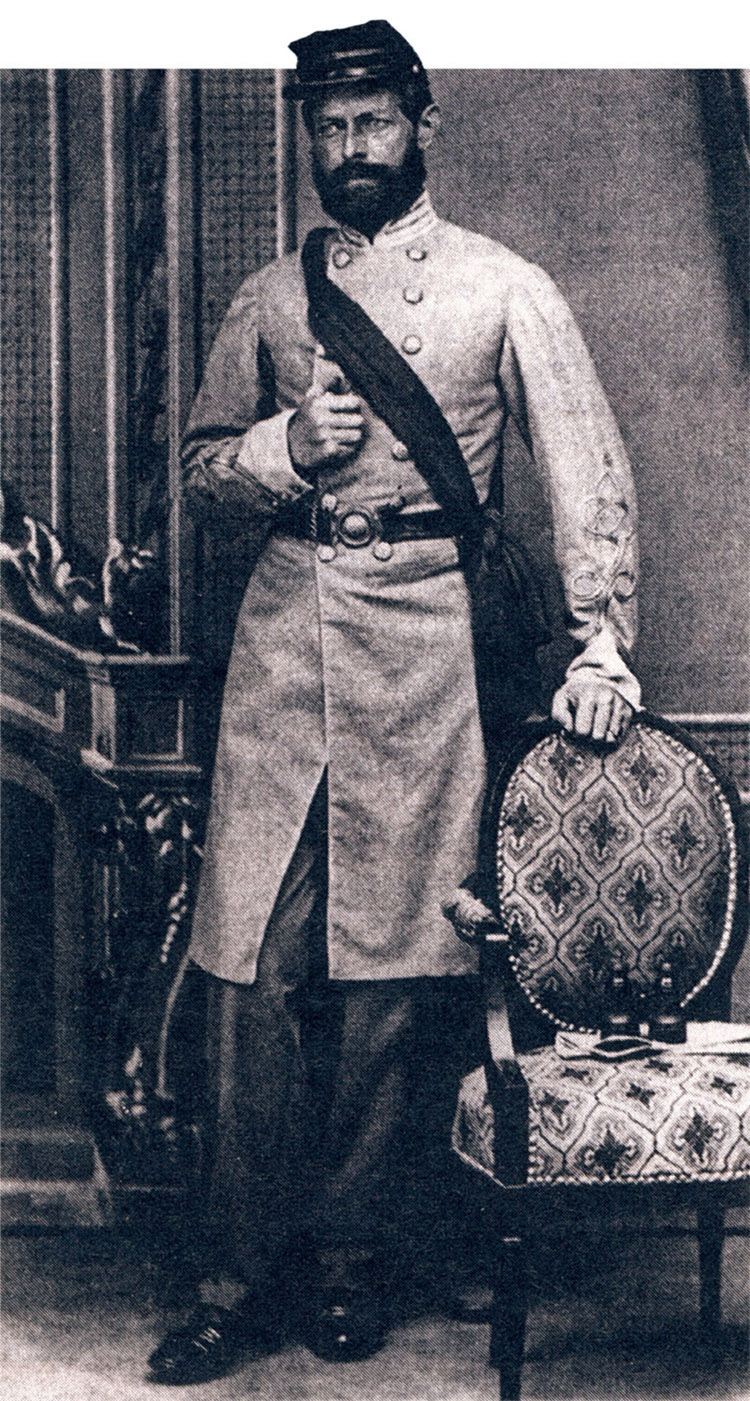 Capt. Heinrich Hartmann Wirz wasn’t the only Confederate soldier prosecuted for war crimes after the Civil War—there were thousands of them—but Wirz was easily the most reviled.

Wirz was arrested in May 1865 while still at his post as commandant of Camp Sumter, which housed captured Union troops near Andersonville in southwestern Georgia. In 13 months of full operation, the camp imprisoned more than 30,000 soldiers, an estimated 13,000 of whom died.

Born in Switzerland, Wirz had aspired to become a physician. Prison camps on both sides were often crude and poorly administered, but under Wirz’s command, Camp Sumter became the definition of malfeasance and squalor. Soldiers were fed a gruel of ground corn and corncob. The only regular source of water came from a fetid creek that flowed through the 26-acre camp. Shelter was scant against the elements. Fever and diarrhea joined hunger in a swamp of human waste.

Wirz was arrested in gentlemanly fashion and transported under guard to Washington, a trip that became dangerous whenever he was recognized by anyone who had been in Andersonville. Capt. Henry Noyes, who accompanied Wirz, later testified: “I think that but for the guard I had and my personal presence, I do not suppose he would ever have reached Washington.” For the last leg of the trip, he was disguised.

Beginning in August 1865, Wirz was tried before a military tribunal. There were two charges: the first that the horrific camp conditions violated the laws and customs of war; the second that he personally murdered 13 of its prisoners.

The trial proved tumultuous. Two defense lawyers quit in objection to the limitations placed on them. But in all, there were around 150 witnesses to systemic starvation, wanton cruelty and Wirz’s steely grip on it all. One recalled Wirz bragging that he could “kill more Yankees there than they were killing at the front.” And that he heard Wirz order a prisoner shot—“a foolish, simple man, with one leg, on crutches.” Another said he saw Wirz kick another prisoner to death.

Still, Louis Schade, Wirz’s lawyer, gained a national reputation for his vigorous defense of the “Demon of Andersonville.” He argued variously that Wirz had never been given the support and supplies to adequately maintain the camp; that he had been promised by Noyes protection from prosecution as part of a broader parole of Confederate officers; and that the military had no authority to try a man who had never been among the Union ranks.

Wirz was convicted Oct. 24, 1865, on both charges, including 10 of the 13 murders. He was later hanged, his body buried adjacent to conspirators in President Abraham Lincoln’s assassination. But Schade’s advocacy lived long after.

As a staunch Democrat, a newspaper editor, an anti-abolitionist and a close friend and ally of Lincoln rival Stephen Douglas, the German-born Schade became a proselyte of Wirz’s innocence.

He wrote and spoke prolifically about Wirz, portraying his former client as a victim of circumstance. Schade maintained that just before Wirz was executed, he had been visited by several officials who offered leniency in exchange for testimony against Confederate President Jefferson Davis. In Schade’s telling, Wirz heroically refused.

In April 1867, Schade published a broadside reiterating his arguments that Wirz was a scapegoat for the real targets cited in the Wirz indictment: Davis and other officials of the “so-called Confederate States of America.”

Schade’s defense of Wirz gradually became part of the “Lost Cause” recasting of Southern history, which aimed to rebrand the lore of the slave-state rebellion as a clash of cultures.

In 1905, the United Daughters of the Confederacy proposed a monument to what they considered Wirz’s martyrdom. Asserting that Wirz was “judicially murdered,” their monument now stands in the heart of Andersonville. The base of the obelisk cites Wirz for “Discharging his duty with such humanity as the harsh circumstances of the times and the policy of the foe permitted.”