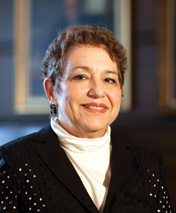 As corporations try to patch up the financial damage of the recession, they need to be wary of cuts to in-house legal departments, which face the challenge of increased regulation arising from that same recession, says a commissioner at the U.S. Securities and Exchange Commission.

“There is a natural tension in all organizations when times are not as good as you would like them to be,” says Elisse B. Walter. “You have to resist the temptation to cut back on things that are not profit centers but rather are functions, like the legal counsel that keep you on the straight and narrow.”

While Walter warns against in-house cuts, a survey released in October by the Association of Corporate Counsel and Serengeti Law shows controlling outside costs is the No. 1 concern of in-house counsel. According to a press release, for the first time in nine years in-house counsel predict they’ll pay no increase in outside law firm hourly rates. But while 80.5 percent of respondents cited outside costs as the top concern, the Sarbanes-Oxley Act and other compliance requirements came in a close second at 78.2 percent.

“It’s going to be very interesting to see how companies actually react” to the current climate, Walter says, “and I hope that they maintain strong—they probably need stronger—legal in-house capabilities.”

Walter also expects to see more self-reporting from companies and in-house lawyers, even before their corporations have internal resolutions in place to address issues involving the global financial crisis.

“If there is a violation of securities law, we place a premium on cooperation and self-reporting,” Walter says. Companies “have to think very carefully if this is something they want to bring to us immediately … because that could conceivably lead to a case not being brought against the company or to a case with much lighter sanctions than would otherwise be imposed.”

She adds that general counsel “have to make sure that, within the company, in-house counsel raise things to the right level, that they can take things to the board even if they get resistance from higher-level management.” Walter cites fewer resources and financial strain as reasons employers may cut corners.

Walter, who served as interim SEC chairman in January 2009, was interviewed in Chicago before a speech at Northwestern Uni­ver­sity School of Law’s Corporate Counsel Institute in October.

Her comments came shortly before the SEC released a draft of its strategic plan for the next five years. The plan outlines 70 initiatives, which include stricter enforcement to “obtain swift and firm sanctions, while remaining fair and reasonable.”

Even as the SEC calls for a step-up of self-reporting, the agency itself is taking steps to centralize the thousands of tips and complaints it receives, with the aim of aiding investigations, better spotting trends and avoiding another massive fraud like Bernard Madoff’s multibillion-dollar Ponzi scheme that went uninvestigated for 16 years.

“I think it will take months or maybe a year before it’s really running efficiently because there are a lot of steps,” Walter says, “but it is moving along as fast as we can move it along. And there’s a lot that’s being done today to try to replicate as much of that without the system in place because we want to make sure there is nothing we are missing.”

In her prepared remarks, Walter also addressed SEC support for increased liability for credit raters; the need for the SEC to issue guidance for corporate disclosures on climate change; and the possible use of international financial reporting standards, a set of global rules for financial statements.

The SEC should “move forward to IFRS if and only if it is the right thing to do for U.S. investors,” Walter says. SEC Chairman Mary Schapiro has said the agency will discuss IFRS through the fall.