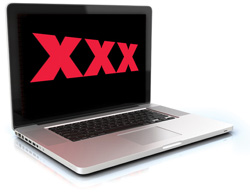 Come December, trademark holders will have one more thing to worry about: the triple-X factor.

Some have complained that this amounts to a shakedown, but most companies are resigned to dealing with the situation as they have with earlier top-level domain rollouts, says New York City lawyer David A. Donahue of Fross Zelnick Lehrman & Zissu.

“Companies are annoyed by it, but I think they realize by now it’s just a reality,” he says. “Unlike .info and other major releases of domain names, this isn’t something a brand owner can use to their advantage. It’s all downside. People are frustrated, but they’re gritting their teeth.”