The rise of Uber and Lyft inspires a liability practice 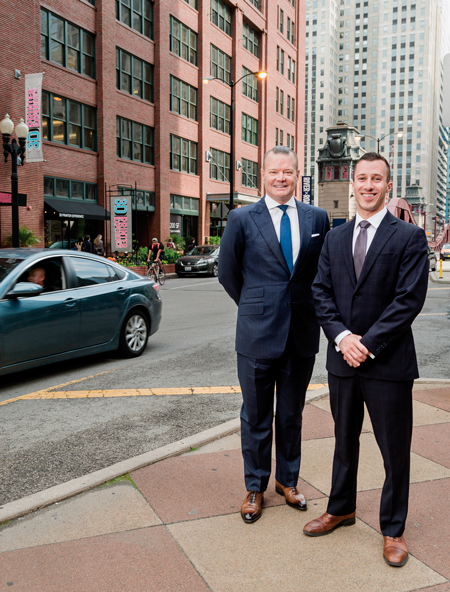 Whenever a new industry emerges, litigation inevitably follows. Chicago personal injury lawyer Bryant Greening realized that as he noted that the exploding ride-booking industry had given rise to a long parade of liability issues and legal questions that would rival the taxi lines at O’Hare International Airport.

At the heart of it all, according to Greening, is the fact that companies such as Lyft and Uber are still somewhat new. And the influx of new vehicles on the road, plus tens of thousands of drivers who had not previously worked in the driving sector, has left passengers and drivers unsure of the rules.

“I saw a lot of people on Twitter and on various blogs that were uncertain of what the rules, regulations and legalities were and are for ride-shares,” says Greening, an associate at Aleksy Belcher in Chicago. “I realized that there was a niche area that was not represented and wanted to fill that void.”

In January 2016, Greening and firm partner Matt Belcher set up LegalRideshare. The firm is an independent entity, but both lawyers continue to work at Aleksy Belcher. The new firm purports to focus solely on legal matters that relate to the ride-booking industry.

“I didn’t realize the myriad complications and interrelated activities that make up the ride-share industry, from the trust we place in the app to deliver us a safe driver to sitting next to a safe passenger when we try to make our way across the city,” Belcher says. “It is a very interesting sociological as well as legal issue.”

Although plenty of personal injury attorneys advertise to people injured in car crashes that involve a ride-booking service, Greening and Belcher realized it was only part of the available market.

“From the perspective of the companies, there’s a question as to whether or not the drivers are employees or contractors,” Belcher says. “If a person really is a contractor, then they should be allowed to advertise their services on their own, rather than be exclusive to either Lyft or Uber.” Greening says the firm is currently in federal district court in Chicago on behalf of several drivers who claim they have a First Amendment right to advertise their services on their own.

Another issue of concern is assaults. At press time, online tracker Who’s Driving You reported there were more than 220 alleged sexual assaults and 63 alleged assaults by Lyft and Uber drivers since 2013.

And that doesn’t include violence between passengers. Services such as Lyft Line and UberPool allow riders to share a car or van with random passengers, and sometimes things will go badly.

“One of the more interesting cases we have now is where a passenger assaulted another in a carpool and lacerated her face,” Belcher says. “It’s an interesting phenomenon. We trust that the ride-share company will deliver us a safe driver and safe co-passengers, yet the entire ride-share industry contradicts the way I was brought up, which is you never get into a car with a stranger.”

Greening says his main priority is to run LegalRideshare, while Belcher plans to move between the nascent firm and Aleksy Belcher.

“The goal today is to become the go-to firm for every member of the Chicago ride-share market,” Greening says. “Long term, our goal is to do whatever we can to protect the ride-share community. So if that means we have to go nationwide, then we’ll consider it.”

Belcher says the firm model is certainly scalable, depending on the level of demand in other parts of Illinois and, eventually, the country.

“Obviously, our experience in Chicago is different than it would be in Champaign or Peoria,” he says. “Is there the same need for our services? I certainly think so. Ride-share services provide a lifeline for places underserved by public transportation or taxicabs.”

This article appeared in the August 2017 issue of the ABA Journal with the headline “Riding the Trend: The rise of Uber and Lyft inspires a liability practice"