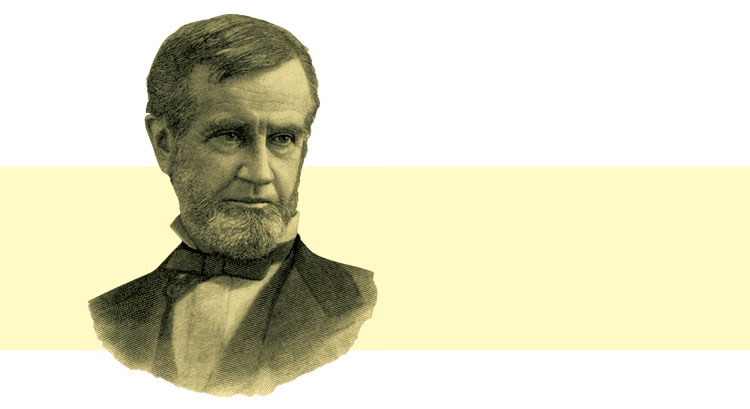 Photo by Record & Epler/Library of Congress

At 7:20 a.m. on Aug. 12, 1853, a Providence & Worcester Railroad train left its Rhode Island station, bound—as its name suggested—for Worcester, Massachusetts. At around the same time, a regularly scheduled P&W excursion train from the town of Uxbridge, near Worcester, was rattling toward Providence. By schedule and design, the two trains were traveling toward each other at the same time along the same 45-mile stretch of single-line track laid along the banks of the Blackstone Canal.

Company rules required that at a given time and place along the route, the Providence-bound excursion train would divert to a sidetrack to allow the Worcester-bound train to pass. On this particular day, the conductor on the excursion train consulted his watch and determined even though his train was running slightly behind schedule, he could still make it to the nearby sidetrack in time to let the Worcester-bound train safely pass. But he was mistaken, and as the two trains rounded a curve from different directions, they collided head-on, killing 14 people and leaving another 23 badly injured.

Within days, a coroner’s jury had issued a report. The young conductor of the excursion train, Frederick Putnam, was charged with manslaughter. But Putnam, it turned out, was not a conductor; he was a brakeman assigned to work as a conductor at a brakeman’s lower salary. The watch he consulted at the critical juncture, borrowed from a milkman, had never been inspected by the company and had never been properly set for company time.

The P&W wreck was one of 11 major railroad accidents that killed 121 people in 1853. And as public dependence on railroad lines proliferated, safety was a growing concern.

In New England, the P&W collision provoked renewed attempts to standardize train scheduling. For instance, just days after the incident, the Boston and Providence Railroad ordered all company clocks and watches set for two minutes later than the time set by a public clock maintained by Wm. Bond & Son, a Boston clockmaker. They called it “Standard Time.”

But for decades after the P&W disaster, notions of time and timetables remained local and, for the most part, chaotic. Towns and cities sprouting along the tracks set their own time—often based on the local noon sun—creating times that differed by critical minutes from place to place. Rail companies, in turn, set and reset timetables by their own arbitrary methods, often ignoring efforts to standardize.

Enter Charles F. Dowd, a schoolmaster at Temple Grove Seminary in Saratoga Springs, New York. Dowd was attracted to the issue of a national time, a single time recognized from Boston to San Francisco. But the idea was impractical—and probably unacceptable—in a nation with such breadth that solar noon would differ by as much as four hours east to west.

Dowd turned to the idea of four zones, each covering 15 degrees longitude, inside which all clocks would be set to the same time. To make them easily spaced and calculated, he suggested they be set at the 75th, 90th, 105th and 120th meridians.

He began pitching his system to the railroads in 1869 and followed in 1870 with a pamphlet detailing his system. Still, there was resistance. By 1883, railroads were using 56 different time standards to schedule trains nationwide.

But in 1872, railroad officials began to get serious about new time zones, forming the General Time Convention, and by October 1883, they had agreed on what appeared to be Dowd’s concept of four zones of standard time running from east to west.

Although the railroads prospered under the new system, much of the rest of the nation continued to cling to local solar-based times. It was not until 1918, 35 years later, that Congress enacted official national time zones with the Standard Time Act.