US is on its own path in the death penalty debate 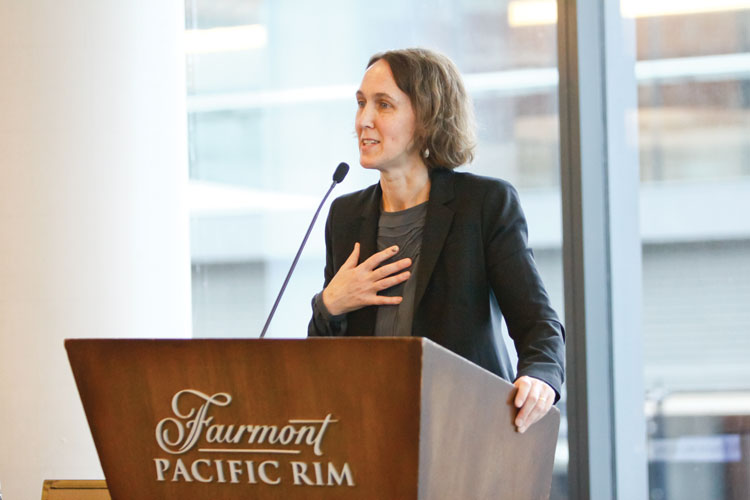 When it comes to imposing the death penalty, the United States has long outpaced North American neighbors Canada and Mexico, according to Cassandra Stubbs, director of the American Civil Liberties Union’s Capital Punishment Project.

Stubbs, speaking at the ABA Midyear Meeting, told the audience of “A North American Perspective on the Death Penalty: The American, Mexican and Canadian Experiences” that although the death penalty was legal in Mexico and Canada during the early to mid-20th century, neither country actually carried out many death sentences.

Between 1908 and 1961, only 11 people were executed in Mexico, and the last civilian execution took place in 1937. Although the penalty remained on the books until 2005, no one was executed after 1961. Canada conducted its final execution in 1962 and fully abolished the death penalty in 1998.

In contrast, Stubbs said, executions in the United States increased in the 20th century, despite a 10-year period from 1967 to 1977 when no executions took place. In 1972, the U.S. Supreme Court suspended capital punishment with Furman v. Georgia, but the justices’ 1976 decision in Gregg v. Georgia allowed for its resumption. The greatest number of executions took place in the 1930s and 1940s with another, smaller spike in the 1990s, Stubbs said. But executions have been steadily declining: In 1997, 74 people were executed; in 2017, 23.

In the CLE session, sponsored by the Criminal Justice Section, Stubbs walked the audience through the current state of the death penalty in the United States, how racial discrimination affects who is sentenced to death, and how the diminished use of the death penalty could form the basis for a future Supreme Court decision abolishing it entirely.

The resolution urges all death penalty jurisdictions to prohibit the execution of offenders who were 21 or younger when their crimes were committed but “without taking a position supporting or opposing the death penalty.”

“Yes, I think that’s an importantpart of the ‘evolving standards of decency’ that the Supreme Court explicitly said,” Stubbs said.

Weinberg brought up the issue again during debate on Resolution 111, which was proposed by the Death Penalty Due Process Review Project and the Section of Civil Rights and Social Justice, and proposed removing that language.

“We stand almost alone among the progressive democracies in adhering to capital punishment,” he said.

Michael Byowitz, the Board of Governors’ liaison to the Death Penalty Due Process Review Project, spoke in opposition to Weinberg’s amendment.

“I do so with some trepidation and sadness because Bob Weinberg is a personal hero of mine,” Byowitz said. “My heart pulls me in the direction he would have us go, but my head pulls me in a different direction.” Byowitz said marginal efforts chipping away at the use of the death penalty are the most effective ways of addressing the problem.

“We will be ignored if we are perceived in many of the councils that matter as against the death penalty,” he said. “Let’s not let the perfect be the enemy of the good.”

The amendment was defeated in a divided vote, but Resolution 111 was passed overwhelmingly.