You Gotta Fight for the Right to Tattoo 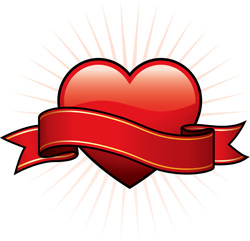 In September the Arizona Supreme Court became the first to recognize that getting inked is free expression protected by the First Amendment.

In Coleman v. City of Mesa, the Arizona high court held that tattoos are a form of “purely expressive activity” or “pure speech” rather than merely “conduct with an expressive component.” In so holding, the court ruled that a lower court erred when it granted a motion to dismiss the claim of tattoo parlor owners Ryan and Laetitia Coleman over the denial of a zoning permit to open their shop.

This is not the first time, however, that state courts have addressed the question of whether tattoos—and the tattooing process—constitute protectable forms of speech. “During the relatively brief lifespan of tattoo jurisprudence, most courts addressing the issue have held that the process of tattooing is conduct without an expressive component and therefore is not entitled to protection under the First Amendment,” wrote Vice Chief Justice Scott Bales in Coleman.

The South Carolina Supreme Court was one such court, opining in 2002 that “the process of injecting dye to create the tattoo is not sufficiently communicative to warrant protections and outweigh the risks to public safety.” The 9th U.S. Circuit Court of Appeals at San Francisco, however, took the other side in 2010, holding that tattoos are indeed a form of protected speech.

The Coleman decision marks the first time a state supreme court has recognized that tattoos are protected speech, according to Clint Bolick, director of the Goldwater Institute’s Scharf-Norton Center for Constitutional Litigation in Phoenix, who represented the Colemans. “The trend reflects the movement of tattoos into the mainstream of society.”

Scott Holcomb, a Phoenix attorney representing the defendants, says the city of Mesa is evaluating its options. Because of the conflict between various courts on the issue, Bolick foresees body art going up to the highest court in the land.