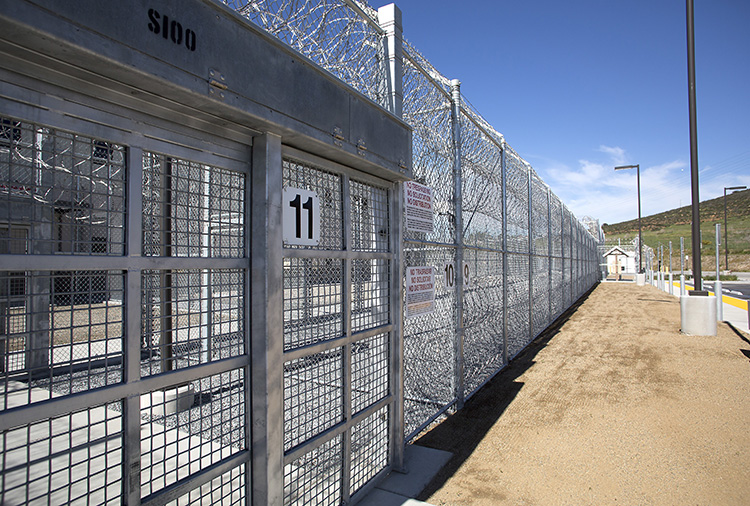 The American Civil Liberties has sued the Trump administration on behalf of a Congolese woman and her 7-year-old daughter who were separated by immigration officials and sent to different detention facilities, despite having passed a “credible fear interview.”

The Washington Post, the Wall Street Journal and the Associated Press have the story.

The mother and daughter have been separated for close to four months, with the daughter, called “S.S.” in the suit, staying at a facility in Chicago and the mother, called “Mrs. L.,” at the Otay Mesa Detention Center in San Diego. They left the Congo fearing for their lives because they are Catholic and government security forces there have killed Catholics protesting against the country’s president, the ACLU’s complaint says.

They approached the U.S. border from Mexico and came to the San Ysidro, California Port of Entry on Nov. 1. An asylum officer determined the mother “did have a significant possibility of ultimately receiving asylum and therefore allowed her to move on to the next stage,” according to the suit. But after four days in “some sort of motel,” the two were separated and moved to their current locations.

U.S. Department of Homeland Security officials and the agency’s former secretary, John Kelly, now White House chief of staff, have said the agency has considered separating immigrants and their children when they try to cross the border illegally as a deterrent, the Wall Street Journal reports. For now, some parents and children are separated if a parent has a serious criminal history or the child’s welfare is in question.

Trump administration officials have said the asylum process is overwhelmed with frivolous claims, the Associated Press reports. The Department of Homeland Security declined to comment to the Wall Street Journal or AP.

The administration has cracked down on illegal crossings of the border with Mexico, and in January, Tom Homan, acting director of the U.S. Immigration and Customs Enforcement, told the AP that there “have been some separations done,” such as when parents have been accused of paying smugglers to bring in their children.

“I’d be a fool to say that none of them have a case of credible fear,” Homan said. “They’re really escaping danger. But I can tell you….many of them are taking advantage of a low threshold.”

The ACLU argues that the separation of parents and children without a hearing is unconstitutional, depriving them of due process. The American Academy of Pediatrics denounced such separations because of possible long-lasting emotional and physical stress on the children, the suit says. “Each time S.S. is able to speak with her mother on the phone, she is crying,” the ACLU lawyers wrote. “Every day that S.S. is separated from her mother causes her great emotional and psychological harm and could potentially lead to permanent emotional trauma.”

The suit says the mother, because she passed the credible fear interview, should be eligible for parole while the asylum case is underway. But ICE’s San Diego field office has a policy requiring a directive from the agency to do so.

Lee Gelernt, deputy director of the ACLU’s Immigrant’s Rights Project, said this suit probably is the first of many to stop the separation of immigrant parents and children: “We’re not going to stop with just this action.”