Arkansas governor dismisses calls for investigation of convulsions during execution 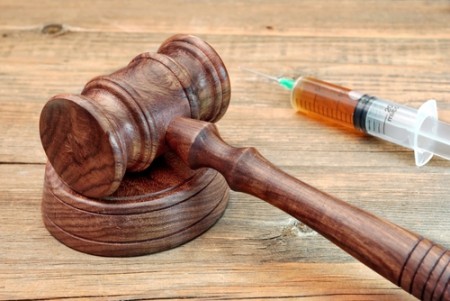 On Thursday night, Arkansas carried out the fourth of eight executions it scheduled over 11 days, putting Kenneth Williams to death for the murder of a deputy prison warden nearly two decades earlier.

But this one had complications, The Associated Press reported Friday.

About three minutes into the execution, the AP reported, Williams began lurching and jerking about 20 times against the leather straps holding him down. Wendy Kelley, director of the Arkansas Department of Correction, told Gov. Asa Hutchinson it was like “coughing without noise,” although other witnesses said they heard sounds coming from Williams.

“The accounts of the execution of Mr. Williams tonight are horrifying,” Williams’ lawyer Shawn Nolan said in a statement (PDF). And the American Civil Liberties Union of Arkansas said the Eighth Amendment prohibition against cruel and unusual punishment may have been violated, the AP reported. Both groups asked Hutchinson for a full investigation of how this was allowed to happen, but the Republican said there was no reason to do anything other than a routine review of execution procedures.

“I think it’s totally unjustified,” he told the AP. “You don’t call for an independent investigation unless there’s some reason for it. Last night, one of the goals was there not be any indications of pain by the inmate, and that’s what I believe is the case.”

The unusually compressed schedule stems from the fact that the sedative midazolam—one of three drugs used in Arkansas’ lethal injection cocktail—expires Sunday. Courts have stayed four of the planned executions.

The three that took place before Thursday did not raise similar concerns, although witnesses to the execution of Jack Jones on Monday said his mouth moved after he should have been unconscious. However, executions involving the sedative have raised objections in other states where inmates took 43 minutes to two hours to die. All of the inmates in Arkansas’ recent executions died within 20 minutes.

Williams was sentenced to death for killing Cecil Boren in 1999 during an attempted prison break in which Williams hid in a barrel of hog slop. At the time, Williams was less than a month into a life sentence for killing a college student.