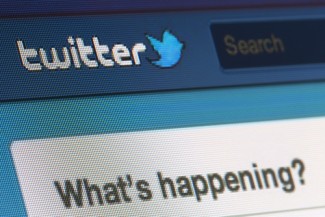 A California appeals court upheld Twitter’s ability to ban racists from its platform.

Reviewing a July ruling from San Francisco County Superior Court, a three-judge panel for the Court of Appeals of the State of California, First Appellate District, said Friday that Twitter is protected from liability by the Communications Decency Act (CDA) Section 230.

The case revolves around an update Twitter made to its rules and policies last November, which added that users of the social media platform “may not affiliate with organizations that—whether by their own statements or activity both on and off the platform—use or promote violence against civilians to further their causes.”

Jared Taylor, a publisher of white nationalist content, was permanently suspended under the new rule in December. In February, he brought three claims against the company in state court, including an argument that Twitter violated the state’s unfair competition law.

Saying that he liberally construed the complaint as required under California law, Judge Kahn summarized the plaintiff’s argument this way in a transcript: “Twitter is the largest communication source in the world. And the way to get your word out and the way to be heard in the modern era, particularly with regard to such important matters as being able to petition the elected leaders and others who are involved in government, for redress, is to be able to be on the Twitter platform.

“And for Twitter to know that and nonetheless impose language, as it did here, an otherwise prolix document that’s not highlighted, and done on an adhesion contract basis, and on a take it or leave it basis, it is procedurally unconscionable in a large measure.”

Mike Masnick, writing on Techdirt, noted this was “crazy.”

“Part of the reason I didn’t even blog about it at the time was that it was such a crazy ruling, completely divorced from basically all precedent on how online platforms manage their services, that it seemed inevitable that it would be overturned,” he wrote.

Under CDA Section 230, website owners are exempt from causes of action arising from their role as a publisher or speaker.

“The immunity provided by [S]ection 230 was intended to shield service providers from the fear of liability that might deter them from blocking and screening offensive material,” wrote Judge Jim Humes for the appeals panel, citing an earlier state appeals case Barrett v. Rosenthal.

The court determined that Twitter’s terms of service falls squarely in its role as a publisher, and was there for protected from liability under CDA Section 230.

In absence of vacating the lower court’s decision, the appeals court left open the possibility of a show cause hearing for Judge Kahn to make the argument that the claim should go forward.

According to Techdirt, Taylor’s lawyers intend to keep fighting the case.