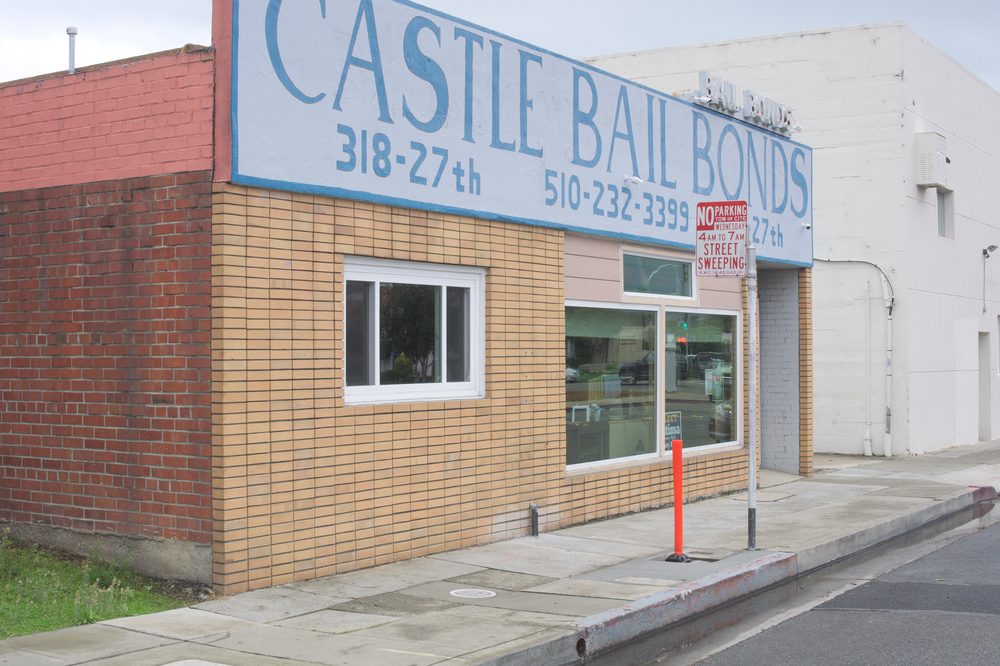 Castle Bail Bonds in Richmond, California. As a result of the new law, California bail agents will lose their business model entirely. Todd A. Merport / Shutterstock.com

On Tuesday, California became the first state in the nation to end the use of financial bail entirely, the San Francisco Chronicle, Los Angeles Times and Sacramento Bee reported.

Gov. Jerry Brown signed a bill Tuesday that ends a two-year effort to end the practice of asking for money as a guarantee that defendants will show up to court. Instead, counties will establish pretrial services agencies that will assess each individual’s risk of not showing up or committing more crimes.

“Our path to a more just criminal justice system is not complete, but today it made a transformational shift away from valuing private wealth and toward protecting public safety,” said state Sen. Bob Hertzberg of Los Angeles, the bill’s author, in a statement.

Under the bill known as SB 10, misdemeanor defendants—other than people charged with certain serious or violent misdemeanors—will be eligible for automatic release within 12 hours of when they entered jail. Counties may narrow that list at their discretion.

All other offenders would go to their county’s pretrial services agency, which will be established before the law takes effect Oct. 1, 2019. Those agencies will use criminal history and other criteria to sort defendants into low-, medium- and high-risk categories. Low-risk defendants will be released on their own recognizance. Those assessed as high-risk will not be released.

Medium-risk defendants will be detained or released according to standards set by local courts, and courts may review the person’s release. Prosecutors and crime victims have voices in these hearings, and there will be a rebuttable presumption in favor of detention if the defendant is accused of certain crimes or is high-risk with a serious criminal history.

The provisions giving judges power to decide who will be held without bail in “preventive detention” were added at the last minute, a prior Los Angeles Times article said, and turned many of the bill’s supporters into opponents. A letter from a delegation of criminal justice reform advocates to Gov. Jerry Brown said the bill “sets up a system that allows judges nearly unlimited discretion to order people accused of crimes, but not convicted and presumptively innocent, to be held in jail with no recourse until their case is resolved.”

Human Rights Watch says the new law substitutes one bad system for another. “It empowers judges to take away liberty based on biased algorithms and the judges’ own subjective choices, with no real standards or due process,” Human Rights Watch senior researcher John Raphling said in a statement. “This law is a setback for all our communities that were desperately calling for real reform.”

But members of the state legislature said the bill was a good first step.

The bill is the fruit of two years of effort to reform California’s bail system. The state legislature had considered a bill in 2017, but as the Los Angeles Times reported at that time, Brown delayed it in order to work further on implementation with the legislature and California Chief Justice Tani Cantil-Sakauye.

The bill goes further than reforms in any other state, as the Bee observed. Multiple jurisdictions are using or experimenting with risk assessments, but none have eliminated cash bail entirely.

That will cause problems for members of the California Bail Agents Association, who will lose their business model entirely. Association lobbyist David Quintana promised a fierce effort to prevent it from taking effect.

“You don’t eliminate an industry and expect those people to go down quietly,” Quintana told the Bee. “Every single weapon in our arsenal will be fired.”

Updated at 10:53 a.m. to include comment from Human Rights Watch.