By Sarah Smith, Special to ProPublica 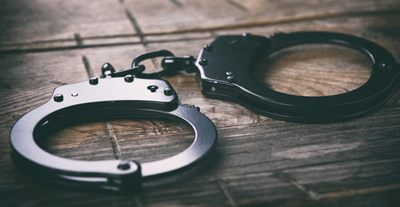 The Connecticut Legislature has sent a bill to the governor’s desk that seeks to end having victims of domestic violence arrested along with their abusers because they fight back during the course of an assault.

For years, Connecticut’s domestic violence victims have been at risk of “dual arrests” — instances in which police arrest both the victim and the perpetrator of domestic violence. The state has a dual arrest rate of about 18 percent in “intimate partner” incidents, a ProPublica analysis in early 2017 found. The average for the rest of the country hovers at about 2 percent.

The rates were much higher in certain communities. Using data from the Connecticut Department of Emergency Services and Public Protection, ProPublica reported that in Windsor, a town of 29,044, dual arrests accounted for 35 percent of intimate partner arrests in 2015. In Ansonia, a city of 19,020, the rate was 37 percent.

The new law will require law enforcement to determine which party is the dominant aggressor — that is, who initiated the abuse — in domestic violence situations.

“To know that this has been a 30-year-old problem that truly needed to be addressed, and to see this outcome is truly gratifying,” said Karen Jarmoc, president of the Connecticut Coalition Against Domestic Violence. She expects to see impact from the new legislation immediately.

Gov. Dannel P. Malloy’s office did not respond to a request for comment, but legislators say he is expected to sign the bill. The bill passed both houses of the Connecticut Legislature last week. Only one representative voted no. (The bill cruised unanimously through the Senate.)

Advocates and others, including some in law enforcement, had long sought to end the risk to victims of violence. Victims arrested along with their abusers often faced humiliation, the cost of hiring a lawyer, and even a lasting criminal record.

“If victims get arrested, they can lose their house and lose their children,” said Rep. William Tong, a Democrat, who pushed for the bill through the House. “The effects go far beyond the instance of abuse or battery.”

This isn’t the first time advocates and lawmakers have pushed for what is known as a dominant aggressor law. Back in 2004, a similar bill went before the Legislature but died after heavy opposition from the Connecticut Police Chiefs Association.

If the bill becomes law, Connecticut will be one of many states that have similar statutes. New York and New Jersey both have one. Massachusetts has what is called a preferred arrest law: Officers are urged to make an arrest in domestic violence cases and required to do a write-up in dual arrest cases.