DACA-enrolled immigrant sues for details on his deportation 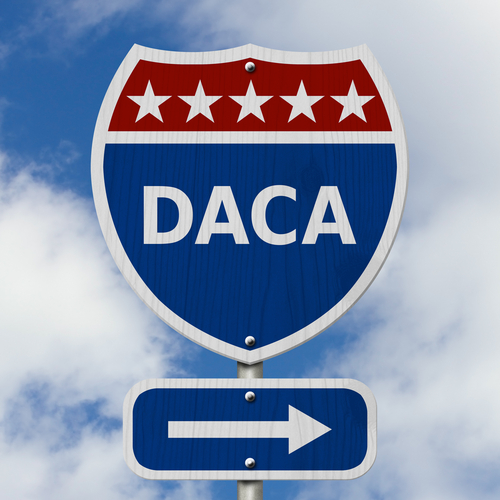 A young man deported in February despite his participation in a deferred-deportation program is suing the federal government for information about his arrest.

DACA protects foreign nationals brought to the United States illegally as children. They allege that Montes had valid DACA status and a work permit when he was stopped by a Customs and Border Protection officer on the street in Calexico, a small city east of San Diego.

But Montes, having left his wallet in a friend’s car, didn’t have identification on him. They brought him in to a station, where the complaint says he was asked to sign documents without any opportunity to review them or take a copy with him. He was also not allowed to talk to a lawyer or bring his case before a judge, his attorneys said.

Immigrants can legally be removed without a court case under a process called expedited removal if they’re within 100 miles of the border and have been in the United States less than two weeks. The ABA has opposed expedited removal as a due process violation, most recently in January.

At 1 a.m. the night of his arrest, according to the National Immigration Law Center, Montes was deported to Mexicali, Calexico’s twin city across the border in Mexico. The center and the law firm of Covington & Burling filed a lawsuit Tuesday under the Freedom of Information Act, seeking all CBP documents with information about why he was removed from the United States.

”To this date, Mr. Montes, who suffers from a cognitive disability and is living in limbo in Mexico, does not know the legal basis for his removal,” says the complaint. “Through counsel, Mr. Montes has repeatedly attempted to obtain documentation from Defendants, but there has been no response to his inquiries.”

CBP disputes this account. A statement issued Tuesday says Montes was arrested after “illegally entering the U.S. by climbing the over fence in downtown Calexico.” The FOIA lawsuit alleges that this was a separate incident that occurred a few days after the deportation, in which Montes turned himself in after 30 minutes back in the United States. CBP also said Montes has a theft conviction; his attorneys say he has a misdemeanor offense on his record, but that it does not disqualify him from DACA.

Montes is now living with relatives in Mexico.

As USA Today reported Tuesday, it’s the first known deportation of a DACA recipient. That’s despite assurances from President Donald Trump that the program would be continued, the newspaper said.

USA Today says there are at least 10 DACA recipients in federal custody.