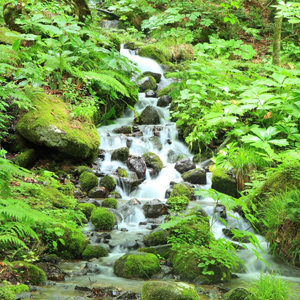 A divided three-judge panel from the 6th U.S. Circuit Court of Appeals has issued a temporary stay to a new rule that asserts EPA authority to protect small bodies of water from pollution and development, while the court decides whether it has jurisdiction to review that rule.

Eighteen states are challenging the new regulations in the 6th Circuit suit. Referred to as the “Clean Water Rule,” the Obama administration’s rule took effect six weeks ago, the Texas Tribune reports. Reuters also has a story.

According to the EPA, the new regulation is necessary to clarify which bodies of water are protected by the Clean Water Act of 1972. The language of the law made it illegal to pollute “navigable waterways,” which the EPA has interpreted as giving it authority over tributaries and wetlands which feed into larger rivers and can affect their ecology. The Clean Water Rule was intended to clarify that. Under the rule, the EPA’s responsibilities would include about 60 percent of streams, according to the EPA, though the Texas Tribune says that opponents to the rule have claimed it would apply more broadly. But the Cincinnati-based 6th Circuit’s order (PDF) notes 2001 and 2006 U.S. Supreme Court findings, which questioned whether waterways, streams and wetlands are under federal jurisdiction.

While the panel did not find that the states were likely to suffer immediate irreparable harm if the rule continued to be enforced, it stated that neither was it likely that the waterways would be injured by a stay.

“A stay temporarily silences the whirlwind of confusion that springs from uncertainty about the requirements of the new rule and whether they will survive legal testing,” the order states.

The Texas attorney general heralded the court’s order. Texas is one of the 18 states bringing suit before the 6th Circuit. “The court’s ruling is good news for property owners whose land would have been subject to extensive new federal regulations due to this overreaching new water rule,” Ken Paxton told the Texas Tribune.

Another case involving 13 states, brought in the North Dakota U.S. District Court, is pending, the Wall Street Journal reports. The judge in that action preliminarily enjoined the regulation in those states in August. The 6th Circuit order extends the stay nationwide, reports Reuters.

The EPA looks forward to litigating the merits of the Clean Water Rule, spokesperson Melissa Harrison told the Hill.

“The Clean Water Rule was developed by the agencies to respond to an urgent need to improve and simplify the process for identifying waters that are and are not protected under the Clean Water Act, and is based on the latest science and the law,” she said.