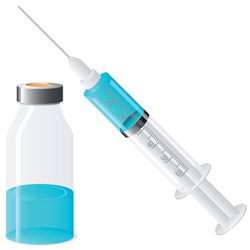 Plans for the nation’s first safe injection facility hit a snag earlier this week, when Philadelphia’s top prosecutor filed a federal complaint to keep it from opening its doors.

U.S. Attorney William McSwain, for the Eastern District of Pennsylvania, said in the complaint filed Feb. 5 that in providing spaces for drug users to inject street-purchased heroin and fentanyl, the nonprofit Safehouse would violate federal law, according to Courthouse News Service.

The Associated Press and Philly.com also have coverage.

Safehouse, a nonprofit organization that provides overdose prevention services, planned to raise $1.8 million to cover the first year of operations for the Philadelphia safe injection facility. In addition to monitored “consumption rooms,” the facility would employ medical staff who could revive users in the event of an overdose.

Philadelphia had the highest rate of opioid deaths in the country in 2017, with 1,217 unintentional drug-related deaths, according to Courthouse News Service.

While Philadelphia Mayor Jim Kenney and other city officials have said they would support Safehouse, McSwain said in the complaint that the Controlled Substances Act makes it illegal to establish a place where people can engage in illicit drug use. The law also states that it is unlawful for any entity to operate a place that manufactures, distributes or prioritizes the use of drugs.