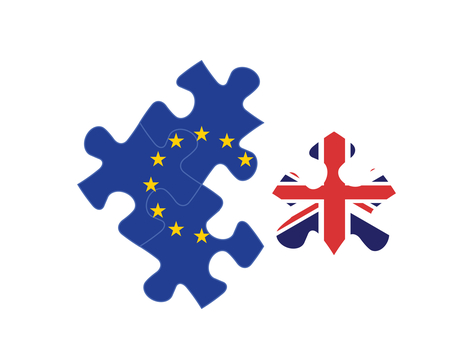 The Brexit process is officially underway.

On Wednesday, United Kingdom formally triggered the Article 50 of the Treaty of Lisbon, which allows members of the European Union to withdraw, the Guardian reports. Theresa May, who became U.K. Prime Minister in the aftermath of last June’s referendum on leaving the E.U., had previously announced she would file notice of her intention to withdraw March 29.

According to Reuters, May’s formal invocation of Article 50 will serve as the prelude to what promises to be a bruising battle with the E.U. over the terms of the U.K.’s withdrawal.

“On the one hand, it’s a really big step—it means that Britain is formally starting the clock [on negotiations], but at the same time, it’s a bit of a phony war until the autumn,” said Mark Leonard, director of the European Council on Foreign Relations, told the Atlantic. Leonard said that upcoming elections in France and Germany could affect negotiations between the U.K. and E.U.

Others, however, worry that history could repeat itself. On the day the U.K. withdrew from the European Exchange Rate Mechanism in 1992, the pound’s value tumbled by 15 percent. Richard Whitman, senior research fellow at Chatham House, told Reuters that probably won’t happen and that May’s decision to announce her intention to invoke Article 50 a week in advance was probably done so that markets could prepare.

Law firms, meanwhile, are bracing for the potential impact. According to the Law Society, law firms must show they have a backup or contingency plan in place in order to satisfy regulators. Christina Blacklaws, deputy vice president of the Law Society, told lawyers at at recent conference that Brexit could have huge repercussions in the real estate market and on cross-border practices—especially if the U.K. does not get full access to the single EU market and has to fall back on World Trade Organization agreements.

“The most immediate impact must be in terms of the economy and the implications that currency fluctuations, interest rates and similar considerations will have on business,” Blacklaws said, according to the Law Society Gazette.

According to the Business Insider, May is looking at a “hard” Brexit, which gives up access to the single market in exchange for total control over immigration levels into the U.K. Brexit Secretary David Davis said that the immigration levels would rise or fall depending on the needs of the country and doubted that May would adopt some of the more hard-line immigration proposals being floated.

“There are certain sectors that are heavily reliant on labor from the [European Economic Area]—construction and care are a good example—where it just doesn’t make sense for the government to take a hard line because it would have a very, very negative impact on those sectors,” Adam Williams, a partner and specialist business immigration lawyer at law firm DMH Stallard told the Business Insider

Brexit could also affect lawyers where it hurts the most: their ability to work. According to the Independent, British professional business services, including lawyers and law firms, could be barred from working in Europe if there’s no deal between the U.K. and the E.U.

“In such a scenario, it is likely that [professional business services] firms, in particular those in the legal sector, would either relocate to the EU, or move resources to partner firms within the EU, in order to continue to trade on preferential terms,” several House of Lords peers wrote in a report. “Both outcomes could have a negative effect on the UK’s trade balance, tax revenues and employment.”