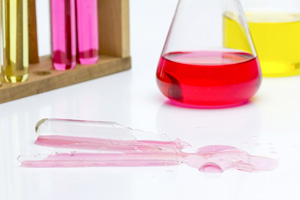 After the admission of a Massachusetts state drug lab chemist that she falsified reports and intentionally contaminated samples, the state has dismissed 21,587 criminal cases.

The largest number of cases were in Suffolk County, the Washington Post reports, and the Boston Globe said lawyers believed all of the defendants had already served their sentences. The chemist, Annie Dookhan, pleaded guilty to evidence tampering in 2013, and served three years in prison.

The Massachusetts Supreme Judicial Court in January directed district attorneys to determine which cases that Dookhan had a hand in should be dismissed, based on tainted evidence. The agencies were given a 90-day deadline.

In Suffolk County, convictions against 7,886 defendants were dismissed, according to a press release from the office. The county DA’s office wants to preserve 117 cases that involved defendants with weapons or violent crime convictions.

The other six Massachusetts DA offices affected include Bristol, the Cape and Islands, Essex, Middlesex, Norfolk and Plymouth, the Globe reports.

“We are dealing with drug defendants, the overwhelming majority of whom plead guilty, went through an exhaustive plea colloquy with a judge and testified under oath that they were ‘pleading guilty because they were guilty and for no other reason,’ ” Michael O’Keefe, district attorney for the Cape and Islands said in a statement.

The court also directed prosecutors to inform defendants whose cases were not dismissed that they have an opportunity to reopen them, according to the Washington Post. The communication will be through court-approved letters, and include a form for applying for indigent defense counsel, a self-addressed stamp envelope and information from the state agency that handles indigent defense, with a hotline number for more guidance.

“Today is a major victory for justice and fairness, and for thousands of people in the Commonwealth who were unfairly convicted of drug offenses,” Matthew Segal, an attorney with the ACLU of Massachusetts, told the Washington Post. “Unfortunately, the victims of this crisis waited far too long for justice. It shouldn’t have taken years of litigation by the ACLU, public defenders, and pro bono lawyers to address this stain on the Commonwealth’s justice system.”

Another former state drug lab chemist, Sonja Farak, in 2016 was accused of being under the influence of methamphetamines, ketamine, cocaine and LSD at work. She worked in Amherst. The process looking for evidence contamination with Farak’s testing is ongoing, according to the Washington Post.