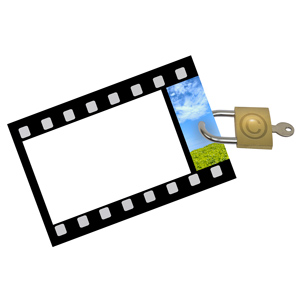 John L. Steele, the defendant, previously bragged about earning millions from suing people for illegal downloads, the Star Tribune reports. Federal prosecutors claim that Steele and Paul Hansmeier, a Minneapolis attorney, created two fake businesses to acquire copyrights for the pornographic films, some of which they filmed themselves, and posted the materials to file-sharing websites. Then they and other lawyers filed John Doe lawsuits against the downloaders and subpoenaed Internet service providers to identify defendants.

The government asked for a sentence of eight to 10 years. But according to the Star Tribune, prosecutors could agree to something shorter if Steele cooperates with them, which presumably would involve testifying against Hansemeier.

Between April 2011 and December 2012, Steele and Hansmeier, along with lawyers who worked for them, collected more than $6 million in settlements, according to the article. In his plea agreement, Steele wrote that he and Hansmeier “used extortionate tactics to garner quick settlements.” When defendants appeared as though they would not settle, the plea agreement states, “defendants dismissed the lawsuits rather than risk their scheme being unearthed.”

Federal prosecutors claim that when the court asked the men about their methods, they lied, according to the article.

In 2015 the Illinois ARDC accused Steele, who practiced in Chicago, of filing numerous complaints against individuals with no intention of ever filing suit. That matter is pending, according to the ARDC website. It lists his business address with the Accessibility Law Group.

Hansmeier in 2015 opened a Minnesota law firm called Class Justice, which filed Americans with Disabilities Act lawsuits against businesses not in compliance with the federal regulation. Before he was suspended from practicing law in 2016, it was alleged that he brought hundreds of ADA violation cases against Minnesota businesses, many of which were settled for approximately $8,000.

In December 2016, the Star Tribune reported that the FBI was investigating Hansmeier for accusations that he allegedly helped directors of Disability Support Alliance, a nonprofit group that had sued businesses for disability access violations, steal money from settled cases.